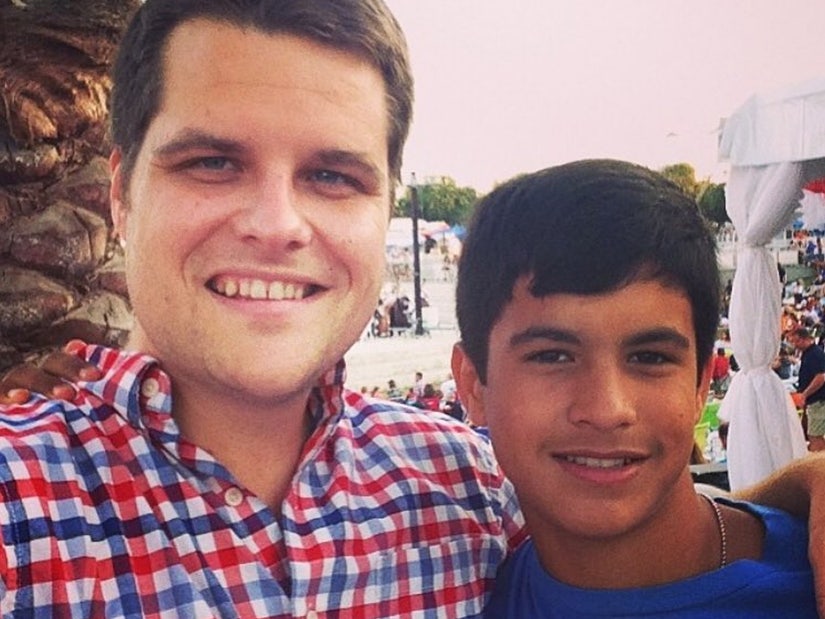 "I've had 'the talk' with Nestor about how to interact with law enforcement. It's probably a different talk than I would have had if I had a white son."

Matt Gaetz revealed more details about his relationship with Nestor Galban, whom he calls "son."

The Republican Congressman, 38, announced on Thursday that he had been raising the Cuban immigrant, now 19, since he arrived in the United States six years ago.

Nestor came to the U.S. after his mother died of breast cancer and moved in with Gaetz, who had been dating Nestor's older sister at the time, according to Gaetz, per People. Except for a brief period where Nestor moved in with his biological father, the boy has stayed with Gaetz since leaving Cuba.

"He is a part of my family story," Gaetz told the outlet. "My work with Nestor, our family, no element of my public service could compare to the joy that our family has brought me."

Gaetz said he has not officially adopted Nestor, but claimed his "family is defined by our love for each other, not by any paperwork."

"I just think that it's been the greatest thing in my life that this young man has been a part of my family and going forward I look forward to being his biggest cheerleader."

Taking to his Twitter account on Thursday, the Florida lawmaker posted a picture of himself with Nestor, writing, "For all those wondering, this is my son Nestor. We share no blood but he is my life. He came from Cuba (legally, of course) six years ago and lives with me in Florida.  I am so proud of him and raising him has been the best, most rewarding thing I've done in my life."

He continued: "Nestor turned 19 a few days ago & will be off to University. He arrived here at 12.  As you can imagine, I was triggered when (to make an absurd debate point) a fellow congressman diminished the contributions of Republicans because we don’t raise non-white kids. Well, I have." 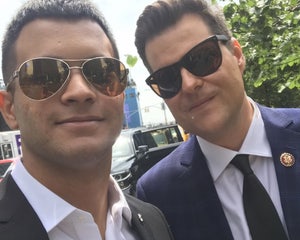 The "fellow congressman" was Louisiana Democrat Cedric Richmond and Gaetz's surprise announcement about Nestor came in response to a heated exchange between the two during a hearing on the Justice in Police Act.

After Richmond said his white colleagues do not have the "worries" about raising a Black son like he does, Gaetz took offense, asking Richmond if he was suggesting that none of them have non-white children.

Gaetz shot back, "You're claiming you have more concern for my family than I do? Who in the hell do you think you are? This is outrageous."

After the Twitter post about Nestor, social media blew up wondering why Gaetz never identified himself as a father while his office claimed he had no children, per Rollcall.

Gaetz said the criticisms and backlash, however, are of no concern to him.

"I haven't responded to it there and feel no need to respond to it now,' he told People. "My son and I owe no explanation about our family to the blue-checkmark brigade."

He did say that protecting Nestor's privacy "is very different than suggesting I was hiding him."

Nestor spoke with the outlet as well, saying, "Matt is not my biological father, but he raised me as his own son when I came from Cuba after my mother’s death."

"He's always been a role model in my life." 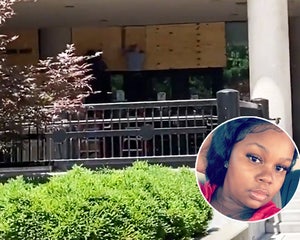 Gaetz said Nestor has been a formative part of his life as well, revealing, "My views on race are informed by the fact that I have been raising a non-white child."

"I've had 'the talk' with Nestor about how to interact with law enforcement," he added. "It's probably a different talk than I would have had if I had a white son."

Gaetz brought up his argument with Richmond, telling the host, "I'm honestly embarrassed for the United States Congress that we've resorted to criticizing each other based on our race and the race of our children and I wish we would've been more productive going forward."

Nestor chimed in, saying, "I think it's sort of unfair to not, to tell someone they don't understand because of their racial color. While he's fighting for equality, but if you tell someone to not get involved because of his color, you're kind of being a hypocrite there."