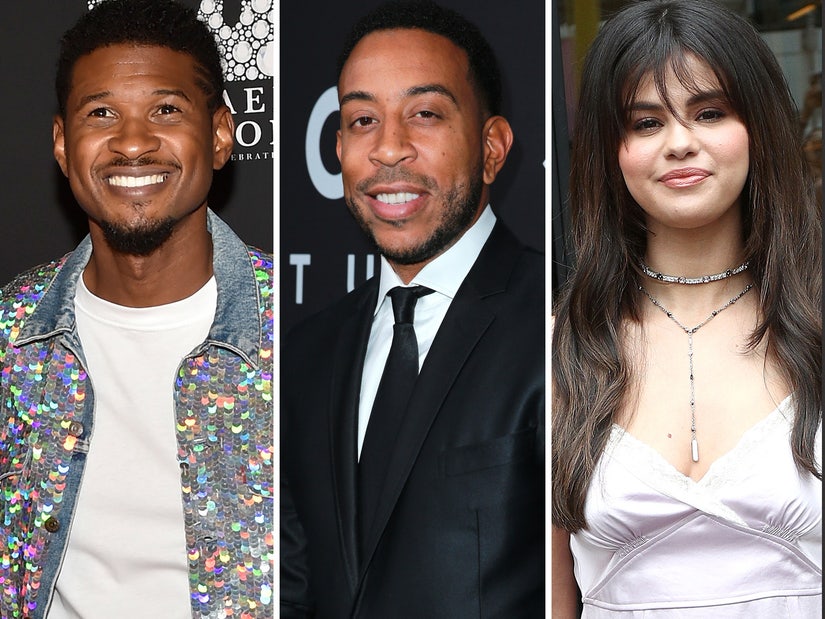 "It is ours to honor the legacy of our ancestors, ours to celebrate and ours to remember where we once were as a people. And it should be a national holiday, observed by all Americans," wrote Usher.

Usher, Ludacris, Selena Gomez and more celebrities spoke out in celebration of Juneteenth, asking for it to be recognized as a national holiday.

July 19 1865 is considered the official end of slavery when Union Major General Gordon Granger rode into Galveston, Texas to tell the enslaved of their liberation, two and a half years after Abraham Lincoln signed the Emancipation Proclamation.

Many Black Americans refer to the important date as their Independence Day.

"It is ours to honor the legacy of our ancestors, ours to celebrate and ours to remember where we once were as a people. And it should be a national holiday, observed by all Americans," Usher wrote in an essay for The Washington Post.

"Recognizing Juneteenth as a national holiday would be a small gesture compared with the greater social needs of black people in America," he continued. "But it can remind us of our journey toward freedom, and the work America still has to do."

Appearing on "The Talk," Ludacris spoke about the importance of celebrating the day.

"This Juneteenth is going to be more emotional than any Juneteenth thus far. And, I think a lot of people are getting educated that may not have understood exactly what Juneteenth was about," the rapper began. "It is a reminder that our ancestors did not give up hope."

"There's so much that can be said in terms of when slavery ended, and how we were left with nothing but --  just rise above it and continue to make something of ourselves and just the history of greatness and them not giving up."

"People just need to celebrate that -- whether, if you're having a celebration, the same as the Fourth of July, in terms of freedom, because Juneteenth is my Fourth of July."

Selena took to her Instagram to post an emotional message thanking Black leaders for educating the public about existing racism and the need for Juneteenth to be made into a national holiday.

"I am blown away with your knowledge, eagerness to teach and commitment to ensuring Black voices are not silenced," she wrote. "Educating ourselves is the first step if we hope to make any progress in bringing an end to systemic racism."

Juneteenth has never been a celebration of victory, or an acceptance of the way things are. It's a celebration of progress. It's an affirmation that despite the most painful parts of our history, change is possible––and there is still so much work to do.https://t.co/5XCRdnk3iR

"Please take the day to have conversations with your family and friends about the importance of Black Lives Matter and how we all need to join together to ensure equality and justice and then continue these conversations every day!"

President Barack Obama shared a powerful message, writing on Twitter, "Juneteenth has never been a celebration of victory, or an acceptance of the way things are. It's a celebration of progress. It's an affirmation that despite the most painful parts of our history, change is possible––and there is still so much work to do."

Malcolm-Jamal Warner, Frank Harts, Brian Michael Smith and Aurora Perrineau explained the history and significance of July 19 in a video for the FoxTV Instagram.

Happy Juneteenth! I want to thank @TheRoot and @RhapsoDani for allowing me to post this video about the significance of today, June 19th, and why it should be celebrated as a National holiday. https://t.co/7yjwh4Lddg

Juneteenth is henceforth considered a US holiday at Tesla & SpaceX

"Fear the Walking Dead" star Colman Domingo gave a history lesson on Twitter about the day and encouraged people to "wear the color red, drink soda pop and eat barbecue" in celebration.

Chloe x Halle shared a video of the late Nina Simone singing her "Young, Gifted and Black" single as they captioned it, "happy Juneteenth everybody!!"

Taylor Swift let her 86.5 million Twitter followers know she was giving her employees June 19 the day off as a holiday from now on while she continues to educate herself "on the history that brought us to this present moment."

"For my family, everything that has transpired recently gives us an opportunity to reflect, listen, and reprogram any part of our lives that hasn’t been loudly and ferociously anti-racist, and to never let privilege lie dormant when it could be used to stand up for what’s right."

Here's what #Juneteenth means to me: pic.twitter.com/KlOoYwdzD5

Elon Musk followed suit, tweeting that Juneteenth is now a holiday at Tesla and SpaceX.

And Kelly Clarkson opened her talk show by highlighting the special day and giving a rousing rendition of "I'd Rather Go Blind" by the late Etta James, who "inspires" Clarkson.

Keep reading below for more posts embracing Juneteenth as a national holiday.

If you’re wondering why people are calling for today, Juneteenth, to be a national holiday... you might only know part 1 of the “how slavery ended in America” story.

When white people talk about the end of slavery they usually think of… pic.twitter.com/ILokYye3Oe

#Juneteenth reminds us of how vulnerable our nation is to being poisoned by systems and acts of inhumanity—but it's also a reminder of our ability to change. Together, we can lay the roots of real and lasting justice, and become the extraordinary nation that was promised to all.