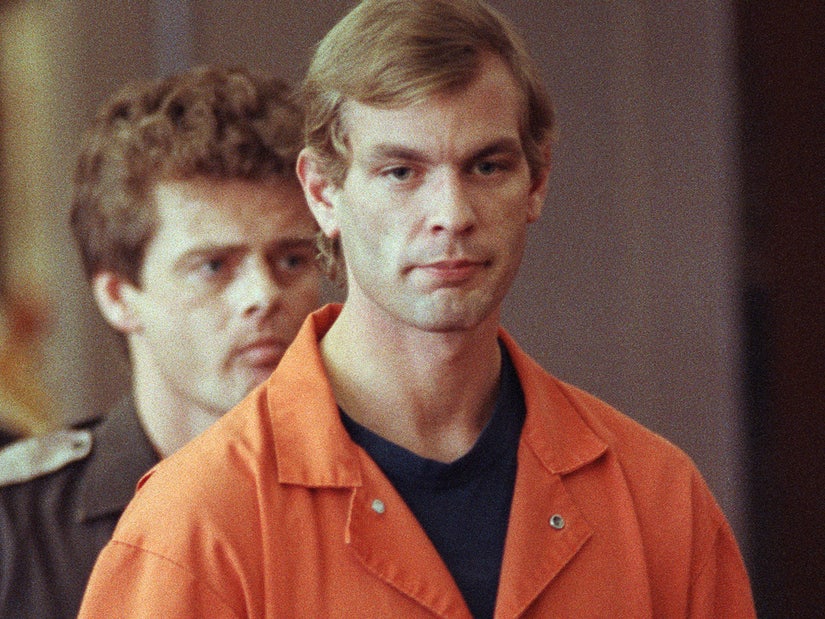 "I suspect that these officers would have listened to two white women in the same situation, but two Black women were threatened with arrest."

Jeffrey Dahmer began trending after a thread on Twitter recalled details of one of his gruesome murders, including white cops returning a victimized underage person of color to Dahmer's care after two Black witnesses attempted to aid the young boy.

Sarah McGonagall began the thread by posting a picture of officer John Balcerzak, who was fired from the Milwaukee police force in 1991 after "handing 14-year-old Konerak Sinthasomphone back to the man he had just escaped from despite two bystanders begging the officer not to." The man was Dahmer, who later that same night, tortured and killed Sinthasomphone.

Balcerzak, according to McGonagall and TMJ4 News, appealed the firing three years later, was reinstated and later promoted to president of the Milwaukee Police Association.

Did you know? In 1991 officer John Balcerzak was fired after handing 14 year-old Konerak Sinthasomphone back to the man he had just escaped from despite two bystanders begging the officer not to. Later that night, Konerak was tortured and killed by that same man - Jeffrey Dahmer. https://t.co/5dyGqvMbsP

Sinthasomphone, whose parents immigrated to the U.S. from Laos, was "abandoned by the police and justice system at every possible turn," posted McGonagall.

"The system is poisoned," she added.

Around 2 a.m. on the night of May 27, 1991, Sinthasomphone escaped Dahmer's apartment "drugged, naked, and bleeding" and was spotted on the street by Nichole Childress and Sandra Smith, two young Black women, who called police to help the boy, per a lawsuit filed by the Sinthasomphone family in 1992.

This was Konerak Sinthasomphone. He would be turning 44 years old in December. He and his family believed that his brother’s abuser was in jail, but instead they were abandoned by the police and justice system at every possible turn.

"Before the police arrived, Dahmer appeared and tried to reassert physical control over Sinthasomphone. Childress and Smith intervened."

But when officer Balcerzak and three others arrived on the scene, they sided with Dahmer, who said Sinthasomphone was his adult boyfriend, despite Childress and Smith arguing that the boy needed desperate help.

He never checked Dahmer’s record, which stated that he was convicted for abusing Konerak’s brother. He appealed his firing three years later and the court ruled in his favor. He was later promoted to president of the Milwaukee Police Association, and retired with pension in 2017.

And remember, while we can certainly blame this officer for his actions, remember that not only did he have a partner at the time and a judge who reinstated him because “termination is too harsh a punishment”, but 521 officers voted for him as president.

The system is poisoned. pic.twitter.com/W1OBKEzB7q

The officers threatened to arrest Childress and Smith if they continued to attempt to help Sinthasomphone.

The officers took Sinthasomphone back to Dahmer's apartment, which contained the remains of other victims, and never bothered to run a records check on Dahmer, who was on probation for sexually assaulting Sinthasomphone's brother in 1988, per Seattle Times.

Sinthasomphone's family believed Dahmer was still in jail for abusing the older brother when he preyed on the younger sibling, according to The New York Times.

Konerak Sinthasomphone (14), was in the street/nude/dazed/disoriented/bleeding from his anus. Jeffrey Dahmer told the responding cops the child was his boyfriend. Bystanders begged the police protect the non-white child. Instead they gave him to Dahmer who finished killing him.

The lawsuit alleged the Milwaukee police department had "a longstanding practice of intentional discrimination against and reckless disregard of the rights of racial minorities and homosexuals."

It claimed the officers were "products of the discriminatory policies, which led them to the wrong conclusion that they stand in opposition to minority members of the community which they serve." The system caused them to treat "an obviously serious and grave incident with deliberate indifference, and jocularity, as if it were somehow comical."

They led Konerak back into that apartment & looked at photos Dahmer showed them without noticing the hole Dahmer had already drilled into his head, nor the stench

Because Konerak was the wrong colour, they didn't care pic.twitter.com/ZvmHT9IqdR

The city of Milwaukee paid the Sinthasomphone family a sum of $850,000 to settle the lawsuit.

McGonagall's thread calling out systemic racism in the police force was met with support online amid the Black Lives Matter protests in the wake of the death of George Floyd.

"They led Konerak back into that apartment & looked at photos Dahmer showed them without noticing the hole Dahmer had already drilled into his head, nor the stench. Because Konerak was the wrong colour, they didn't care," wrote one Twitter user.

The bystanders were two Black girls who realized Sinthasomphone was drugged and implored the police not to hand him back over to Dahmer, but their words were disregarded. The officers later laughed and made homophobic remarks about the incident.

Another posted, "I suspect that these officers would have listened to two white women in the same situation, but two black women were threatened with arrest. Racism killed this boy."

Dahmer eventually confessed to killing 17 young men, 11 of which were Black.

The photo McGonagall shared of Officer Balcerzak was an announcement celebrating his retirement in 2017.