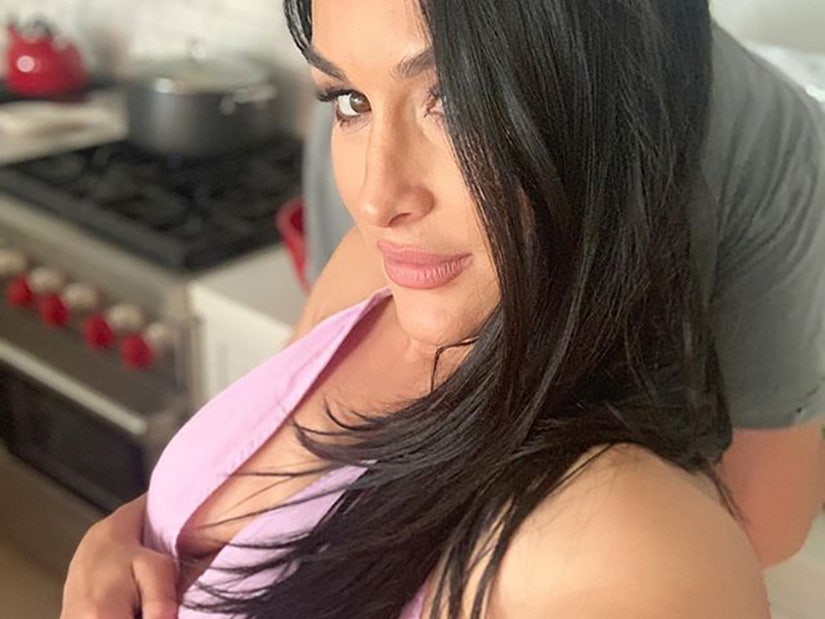 "Look at how big my boy is getting," the reality star says as she poses in front of a mirror with her belly on full display.

The Bella twins are getting closer and closer to their due dates, and Nikki Bella is looking it in her latest mirror selfie. The reality star and former WWE Superstar gave her fans an update of her growing baby bump with a motherly glow she could not hide.

She also couldn't stop smiling as she went to video in the same Instagram post to really show how motherhood is transforming her body. 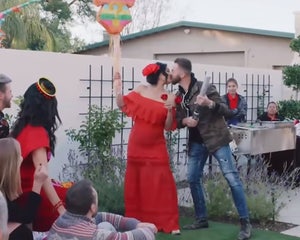 "Hey everyone, just giving you a little tummy update," she said, standing in front of a full-length mirror in bra and panties so her belly was on full display. "Look at how big my boy is getting."

Caressing her stomach, the love she clearly feels already for her unborn son was on full display as she shared how her pregnancy has been going.

"He's been very, very active," she said. "Especially at night, but just so much throughout the day."

She captioned the pic with an update for her fans, telling them, "We are a little under 6 weeks out!! Can’t believe we get to meet our little boy soon! We can’t wait!!! I’m already SO in love!!!"

Nikki and fiance Artem Chigvintsev (her former "Dancing with the Stars" partner) are pregnant with their first child and coincidentally, she wound up pregnant at the same time her twin sister Brie.

Unlike Nikki and Artem, who had a dramatic gender reveal party on the season finale of their "Total Bellas" reality series on E!, Brie and her husband Daniel Bryan have opted to keep the gender of their second child a mystery until delivery.

It remains to be seen how much of the birth and early motherhood experiences the Bella twins will share to their social media, as "Total Bellas" has been picked up for a sixth season that promises to cover all of those things.

For now, though, fans are definitely enjoying each of dual pregnancy glows of the 36-year-old sisters. Brie dropped a baby bump post of her own three days ago, though with a few more layers of clothing on.