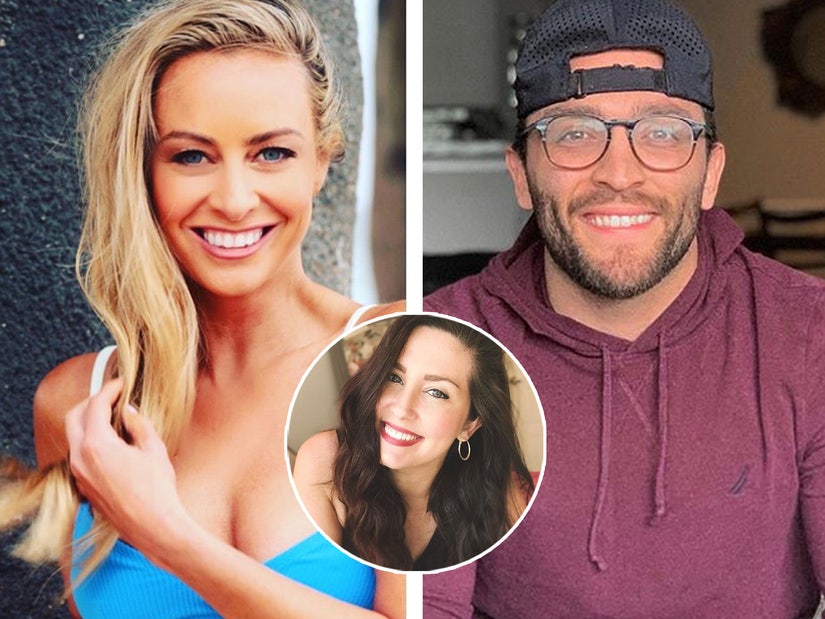 Mark reacts after being accused of seeing other women behind their backs.

Mark Cuevas from "Love Is Blind" is being accused of cheating on not one, but two of his costars.

Viewers of the Netflix dating series watched him and Jessica Batten's love story end with her saying "I don't" over their age difference on the show. He then apparently went on to date Lauren "LC" Chamblin -- and now they're both saying he stepped out on them.

Last week, a viewer claimed on Reddit that their "close friend's co-worker" was dating Mark, sharing photo evidence of their PDA. This was news to LC, who replied to the thread by revealing the two were dating -- and broke up after seeing the post.

"This is awkward because I live in Atlanta and I’ve been dating mark since the beginning of May," wrote LC, whose identity was confirmed by Reddit moderators. "Oh and btw, this is LC from Love is Blind ... But I definitely just broke it off with mark so I really do appreciate you posting this and saving me the energy on dating another liar."

As outlets began picking up the story, Lauren told Just Jared she and Mark were "casually dating" and had "talked about remaining exclusive, especially because of COVID-19." She added, "But that's over now ... The main thing I learned from the show and past relationships is that I deserve to be treated like a priority, and not an option."

Speaking with E!, Mark said he "enjoyed spending time" with LC for "a few weeks" and said they were never exclusive. "I wish her the absolute best," he added.

After E! posted about the drama on Instagram, Jessica hopped into the comments with her own allegations.

"Mark was sleeping with MULTIPLE women at the studio he trained at DURING the show," wrote one follower. "Maybe show those interviews with his workers next time @Netflix."

Jessica replied by writing, "Wow. News to me, I only know about one."

Mark's rep denied her claim, telling PEOPLE, "While Mark was on the show, he was fully committed to the LIB process and to Jessica."

Season 1 of "Love Is Blind" dropped February on Netflix. A second season has already been filmed, but no air date has been set.