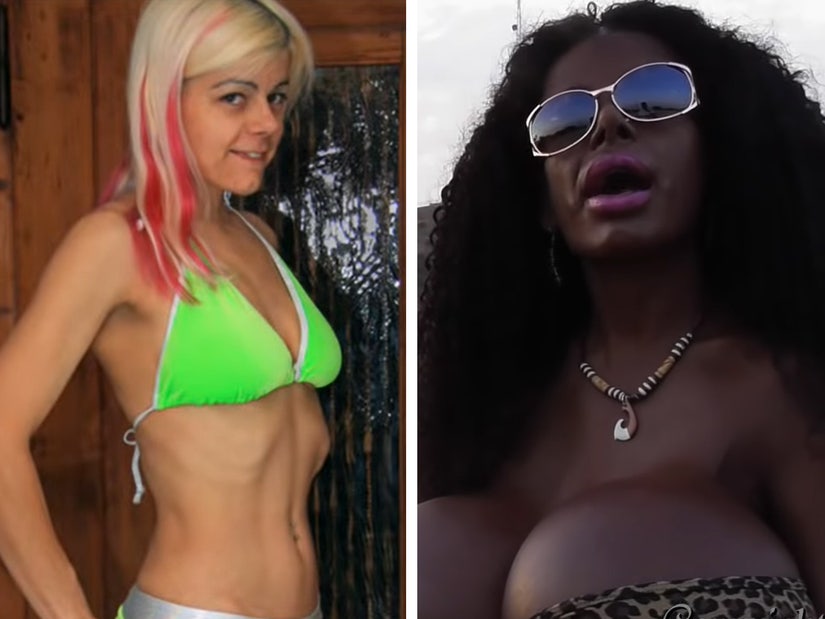 "Since I became a Black woman, I have worked intensively to learn more about the culture and history of Black people."

A white German model who underwent melanin injections in an attempt to change her race is speaking out on the Black Lives Matter movement.

Martina Big, who now identifies as a Black women, said she supports the call for the end of police brutality and racial injustice in the wake of George Floyd's death.

"Unfortunately, many Black people are treated like second class people," she told Metro on Wednesday. "I think it's right that people protest loudly against these grievances because this is the only way to point out the broad dimensions of these abuses and to indirectly exert pressure on politicians and other people in influential positions."

According to the outlet, Big recently went to Kenya to become baptized and now goes by the name Malaika Kubwa.

"Since I became a Black woman, I have worked intensively to learn more about the culture and history of Black people," she continued.

However, Martina said she's never experienced racism herself: "I am very well known in the media, so people are more aware of being racist towards me because they are afraid that their behaviour would be publicised in the press."

"I am always on the road with my husband Michael," she continued, "and he is not only a useful helper but also my bodyguard."

The "former white woman," who said she could conceive a "milk chocolate" Black baby last year on "This Morning," explained that she is against any form of violent protesting, but agreed with the removal of "racist" statues.

Kubwa also said she denounces white people who are against the Black Lives Matter movement.

"To condemn the Black people for just demonstrating against being treated as second class people -- It cannot go on that white people lead a better life by exploiting and oppressing Black people."

After condemning the cops who killed Floyd and calling Donald Trump "racist," Kubwa admitted she had not joined in a BLM protest yet.

"I wrote several times in my posts and comments that I found the police brutality and the violence against the Black community intangible and I try to encourage my Black brothers and sisters," she revealed to Metro.

Back in 2018, Kubwa told The Sun her transformation is "the clear proof that I'm a real Black woman now."

She claimed her hair and eyes had changed to become more "African."

"These are just a few examples of the most obvious changes," she claimed. "Many of my changes are very slow, but continuous. If my transformation continues to be so good, I will soon be identical to other Black women."

"You can not imagine it is a great feeling to become more and more a Black woman."

Jabeer Butt, Deputy Chief Executive at the Race Equality Foundation, told the outlet in 2017, "It's a very sad and disappointing situation really if people assume it's just skin colour that makes you Black."

"She has a very limited understanding of what it means to be Black or an ethnic minority today, and the challenges faced," he continued.

"Her story distracts from the problems Black people are truly facing today."