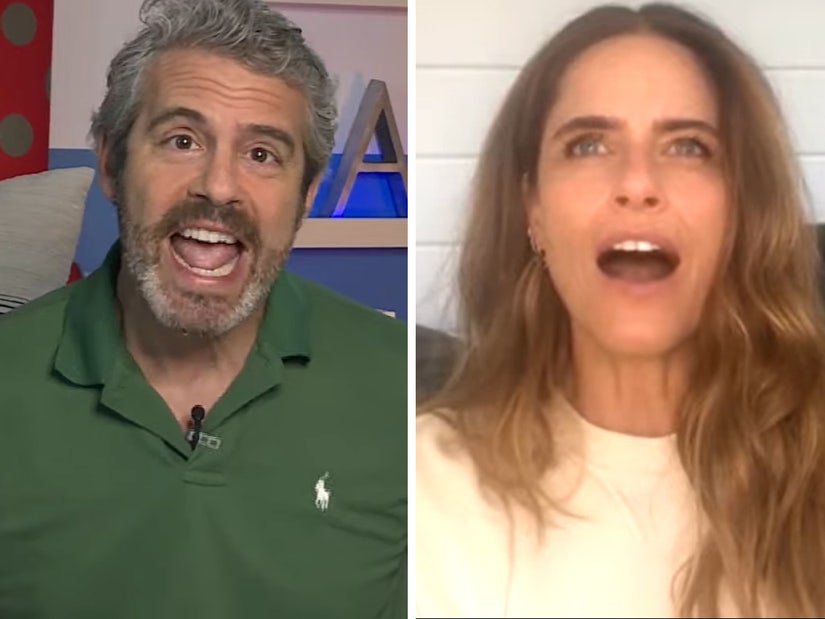 Peet was a fellow guest on one of the most awkward shows ever.

Amanda Peet returned to the Bravo Clubhouse on Wednesday night, making her first appearance on "Watch What Happens Live" since an episode which will go down in the Bravo history books.

In 2018, Andy Cohen had the "Dirty John: The Betty Broderick Story" star on alongside actress Debra Winger ... and it did not go well.

"Last time you were on the show, it was actually an infamous night in the Clubhouse," Cohen recalled last night. "You were on with the legendary actress Debra Winger. What was going through your mind during that challenging and interesting episode?"

After a laugh, Peet remembered thinking, "Is it me or are we tanking?" -- before wondering how she could "help" Andy with the situation. "Don't be such a wuss, be more fun, dumb dumb," she recalled thinking to herself.

"You were great, she just hated me and my questions, so it was a challenging situation," added Andy.

When fellow guest Andrew Rannells wondered what the hell Andy asked at the time that left a bad taste in Winger's mouth, he said he asked her to rank three screen kisses from her resume.

"Between Travolta, Richard Gere and Redford and she was like, 'I don't remember, do you remember someone you kissed 30 years ago?'" he recalled. "I'm like, if it was Robert Redford, I would have remembered!"

After saying he's still a fan of hers, Peet said she was too -- and that was part of the problem at the time.

"I was dumbfounded. I was kind of like, just in a state of dumb shock," she explained. "It was hard for me to help or be conversational, because my mouth was hung open."

During the cringe-worthy episode, Debra did not give Andy an easy time -- never letting him finish a question, questioning his questions and making him feel stupid for asking said questions. Peet, meanwhile, just kept the nervous laughter coming.

After the show aired, Cohen even tweeted, "Daddy needs a drink." He  also retweeted a fan who said, "I just had a hemorrhoid surgery that was less painful to recover from than watching tonight's show."

Get a full rundown of that episode below. 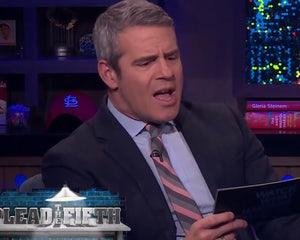