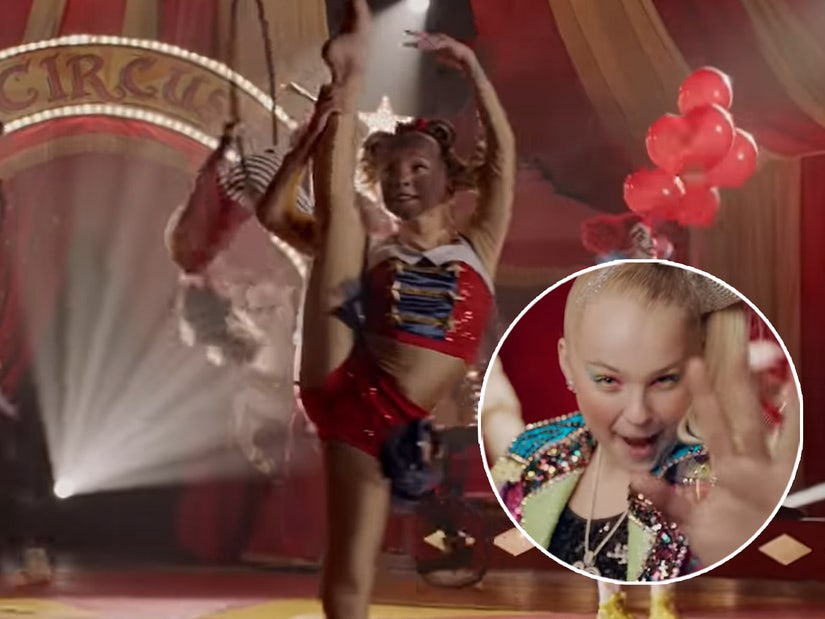 "It's awful that anyone's mind would even go there."

JoJo Siwa spoke out about the accusations of Blackface being used in one of her music videos on Friday.

"I would like to address the music video that we shot for 'NONSTOP' in February," the 17-year-old began on Instagram. "We’re talking about kids dressing up as circus animals! No one in my video is wearing Blackface. It's awful that anyone's mind would even go there. Kids dressing in animal costumes, having their faces painted to look like animals, acting the part. There were zebras, tigers, dogs, clowns, mermaids, everything."

"I've addressed Black Lives Matter issues previously on my social media, I will say it again for the ones in the back, Black Lives Matter, today, tomorrow, yesterday and forever," she continued. "I'm on the right side of history here. Stop trying to make this about something it isn't."

As for why she blocked people on her Instagram account on Thursday, which some fans claimed had to do with the Blackface allegations, JoJo wrote, "My instagram post yesterday had absolutely nothing to do with the criticism I received on my music video 'NONSTOP.'"

"I blocked certain people online and stopped following others because I was tired of seeing the personal hate on me," she continued. "Some people will do anything for attention and that includes being mean. People were sending me really horrible and disgusting messages about my appearance, my sexuality, my content, and overall just being hateful."

And when a follower said her post "didn't look like an apology," the YouTube star clapped back, writing, "I didn't do anything that needs an apology.... this is me clearing things up."

I didn’t do anything that needs an apology.... this is me clearing things up

JoJo Siwa seems to have responded to accusations from some viewers that her latest YouTube offering appeared to use Blackface.

In the circus-themed music video for "Nonstop" released on June 19, one of the dancers, a young white girl, shows up on the screen briefly in what appears to be brown facial makeup while wearing monkey ears.

Other backup dancers are dressed in costumes like a zebra, a lion, a strongman and a bearded lady.

The comments on the video were blocked, and on Thursday, in what some fans said was a response to questions about the video, JoJo blocked what she called "mean" followers on her Instagram account.

“This is for all the people I blocked today  -- peace out girl scout," she wrote alongside a photo of herself. "This is my Instagram and anyone who is going to be mean is NOT going to be allowed on here."

Twitter was flooded with users detailing the ordeal. One outraged follower wrote, "so, jojo? Care to explain why you still haven't reached out to apologize about putting an eleven year old into blackface make[up] and then instead of apologizing, blocked everyone who commented, including your SUPPORTERS?"

However, many supporters claim the girl in the video was merely wearing a costume for the circus-themed video.

While other fans came to JoJo's defense by reposting her recent BLM post which read, "Black lives matter. Today they do, Yesterday they did, and forever they will. As they should. EVERYONE is equal and everyone is human. No matter your color, size, sexuality, if you are a good person, which is ALL that matters, I will stand by your side. forever."

The girl in the video also posted about the making of the video in a since-deleted tweet, writing, "Nothing has been more FUN than playing the CONTORTIONIST MONKEY in @itsjojosiwa's NONSTOP music video."