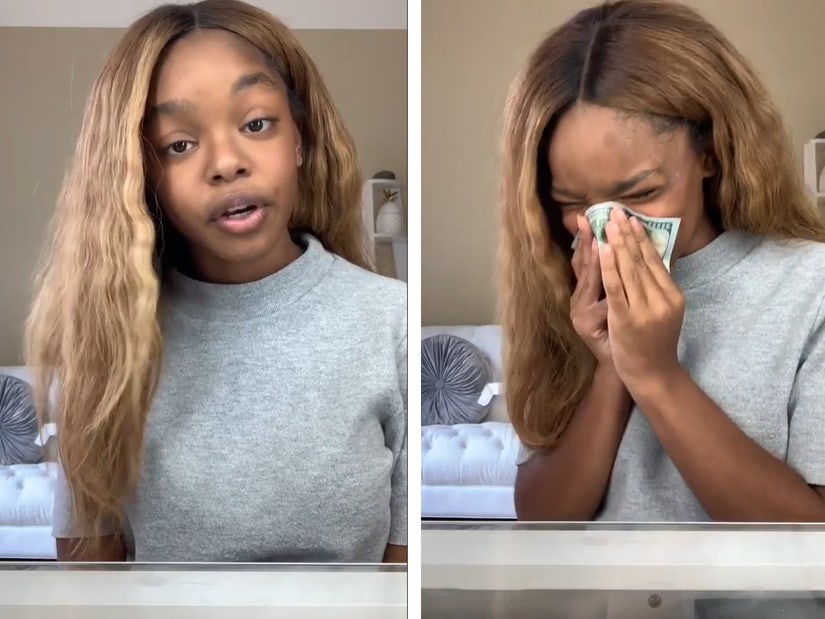 Marsai Martin proved herself one tough cookie -- and a hilarious one at that -- after she clapped back at online trolls on Sunday.

The 15-year-old star of "Black-ish" took to her social media accounts to respond to awful comments regarding her BET Awards look, as some made fun of her blonde hair and "veneers," which were actually clear, removable braces.

"Sorry some of y'all don’t like my hair. Or teeth … which are my actual teeth btw," she began on Twitter, "Good thing I don't put my effort into trying to please everyone. I like it."

But her real genius at shutting down the haters got the spotlight when she posted an Instagram video.

Feigning tears, she began, "A lot of people have been talking about my hair and how it looks like a grandma's wig."

"And they're talking about my veneers -- and this don't look like a veneer to me," she added while pulling out the removable braces.

Pouring on the emotion, the actress continued, "It's hard, it's difficult. But I'm sorry to anyone I offended or haven't gotten to your expectations of how I'm supposed to be and I apologize."

Sorry some of y’all don’t like my hair. Or teeth ... which are my actual teeth btw. Good thing I don’t put my effort into trying to please everyone. I like it. Chile I’m 16 this year, let me live. I’m trying to stay sane in quarantine. Enjoy the #BETAwards 😉

"I never want to hurt anyone's feelings or have them worry about what my decisions are," she said while holding her hand over her face.

The "Little" star then took out a $100 bill and pretended to blow her nose with it.

She then held her distraught look for a moment before regaining composure.

"Y'all, we are in quarantine and we got more important things to focus on than just my hair," she said, adding, "Justice for Breonna Taylor."

Michael B. Jordan, Gabrielle Union and Yara Shahidi gave Marsai all the props for the clap back in the comments section.

And one follower posted, "The unbothered apology tour," as another tweeted, "They just mad, they will never even have a spot on TV, let alone BET! Keep doing you! You did great and looked good doing it! Period!! BLACK GIRLS ROCK."

Marsai was only 10-years-old when she landed the role of Diane Johnson on "Black-ish."

She became the youngest executive producer in Tinseltown for her work on 2019's "Little," which went on to bank $50 million on a $20 million budget.

Up next, she is starring and producing in the film adaptation of "Amari and the Night Brothers."