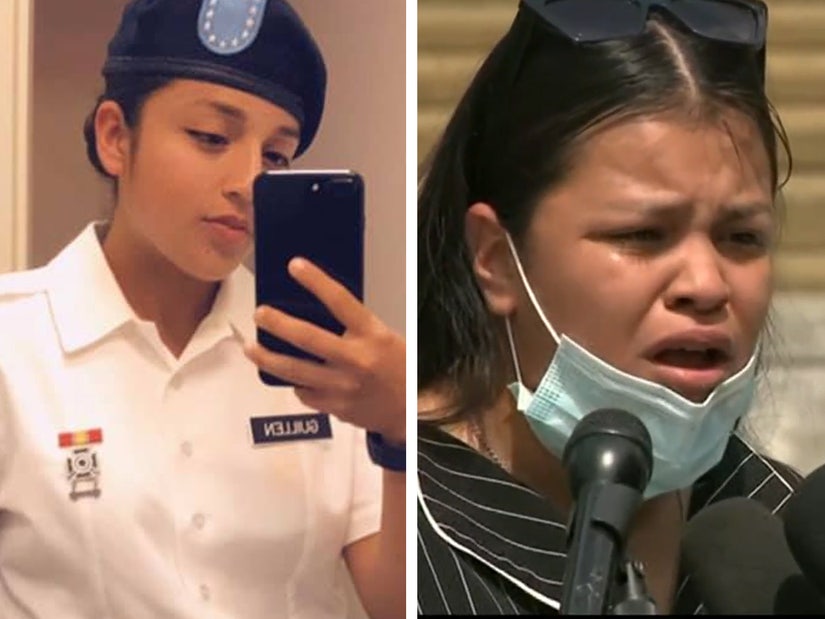 Human remains were found two months after the disappearance of the Private, who had claimed she was being sexually assaulted on base.

The investigation into the missing Fort Hood soldier Vanessa Guillén took a grim turn on Wednesday when a suspect shot himself in front of police.

As officers approached the as-yet unnamed man, who was himself an active duty soldier, he pulled out a gun and committed suicide.

Guillén's family have been demanding answers ever since the Private First Class disappeared on April 22, after complaining she was being sexually harassed on base. 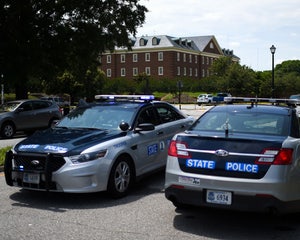 At an emotional press conference Wednesday morning, her sisters confirmed human remains had been found; while the medical examiner has yet to formally identify them and the family still cling to hope, they accepted that "everything points to it being her."

Killeen Police Department Chief Charles Kimble confirmed that the Army Criminal Investigation Division had contacted his team, as well as the US Marshals, late on Tuesday evening regarding a person of interest in the case.

Investigators learned the man had left the base and was in the city of Killeen; they located him walking down a street shortly after 1AM Wednesday morning.

"As officers attempted to make contact with the suspect he produced a weapon and committed suicide by shooting himself," Kimble said.

Texas Rangers also arrested a second person, who they said was the estranged wife of a former Fort Hood soldier; they did not elaborate on how she is connected to the case.

Speaking to members of the press, Guillén's sister Mayra claimed she had met that soldier on the first day of looking for her sibling at Fort Hood — and he had laughed in her face.

"They lied to us since day one. When I first went up to that base, that subject, I met him, not knowing that he had something to do with it," she said, trying to contain her emotions.

"I felt... something was telling me that he did something. And I wasn't wrong."

"He still had the nerve that same day to laugh in my face. And apparently now he kills himself. Why I don't know. But whoever is responsible has to pay."

She said the family were demanding a congressional investigation. "I need everyone's help to keep this story alive. They claim that sexual harassment is not important to them. What about now?" 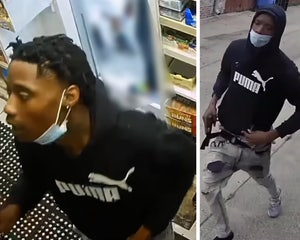 Guillén's other sister Lupe revealed their mother couldn't even come to the press conference; she had suffered a suspected heart attack.

"Why? Because they lied to our faces every single day. For two months," she furiously exclaimed.

"My sister was sexually harassed and nothing was done. They didn't respect my sister. They didn't keep my sister safe. They're always trying to cover up for each other — why?"

She continued in tears: "How can this happen at a military base? How can this happen while she was on duty? how can this just happen and they let it go under the rug, like it was nothing? They think sexual harassment, sexual assault, that's a joke! My sister is no joke."

The day Vanessa Guillén went missing, her keys, ID and wallet were all found, but her cell phone was missing.

Her family claim she told them she was being sexually assaulted by a sergeant at Fort Hood before she disappeared; family attorney Natalie Kahwam said on Wednesday that one superior had walked in on Guillén and watched her showering.

"Imagine you lose your daughter and you're finding out information from the media? The command doesn’t feel they owe this family anything," she said. "They're savages. They're dishonorable."

Fort Hood only started investigating the sexual abuse claim on June 18, a month after she disappeared. They said she never made a formal complaint; her family says this was because of fear of retaliation.