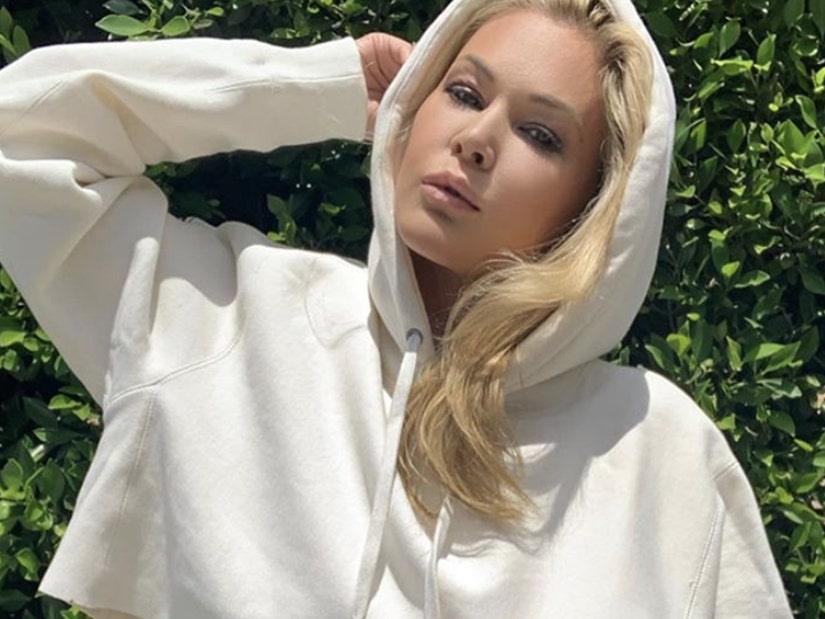 The 45 year old announced the diagnosis Thursday on her Instagram Story.

"I got my test results back yesterday and I am indeed COVID positive," she revealed. "They think I'm in around about day seven. I've had different symptoms from fever, chills, coughing, all kinds of stuff."

"Mostly I'm just really exhausted in a way I can't even describe," she added.

Saying she has a "really great doctor" helping her and another who put her on a program to help her immune system, she then thanked everyone who's sent kind words her way at this time.

"I just know a bunch of you guys have been sending me such sweet messages, and I have a really great support team of friends and family who are keeping my spirits up," she added. "So otherwise, I'm just in full rest mode."

She followed the announcement up with another observation, noting that -- for the second year in a row -- she's had an unlucky July.

"On this date in July last year, I broke my foot and then this year I got COVID," she said. "So, you know, I'm just going to officially just remove Julys from my calendar because ... not my month."

While Moakler's daughter Alabama was her personal photographer earlier in quarantine, Shanna said she is currently quarantining by herself.

"I can FaceTime with [her children]," she told ET. "Clearly they all are getting tested as well, but you know, I think people forget that if you do get this, you're not allowed to be around anybody. You have to be alone, and being sick alone is never fun."

Moakler is mom to Alabama and Landon Barker, who she shares with ex-husband Travis Barker, and Atiana De La Hoya, whose father is Oscar De La Hoya.