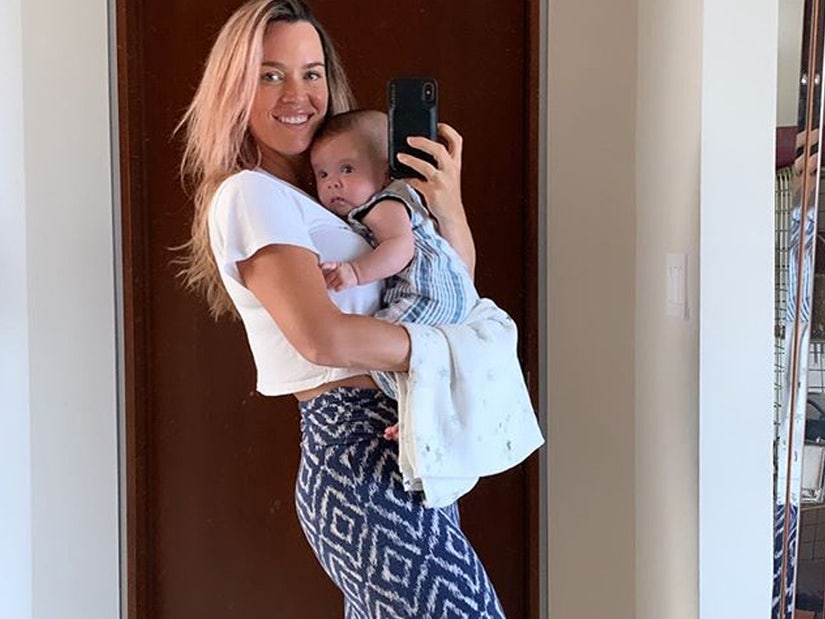 "Although we are filled with nerves as neurosurgery sounds scary, we have our faith that she will be ok."

Teddi Mellencamp-Arroyave opened up about daughter Dove's Lambdoid Craniosynostosis diagnosis, a condition which requires her to undergo neurosurgery later this month.

The "Real Housewives of Beverly Hills" star revealed the news on her Instagram page Monday, sharing a lengthy note about what her 5-month-old daughter's diagnosis and what the path forward looks like for the family.

"Dealing with anxiety, especially when in the 'public eye,' isn't easy; and going into July it's at an all-time high," she began. "I was torn as to whether I should share this information, but as someone who tries to be as transparent as possible, and knowing I have a platform to reach others in similar situations, I would like to update you all."

"Our sweet baby Dove was diagnosed with Lambdoid Craniosynostosis and has to undergo neurosurgery at the end of the month," she continued. "We are so grateful to have an amazing team of doctors and surgeons who have caught this early and will be working on her."

Initially, Teddi, husband Edwin and Dove's doctors thought she would follow in brother Cruz's footsteps and need a re-shaping band due to Torticollis. A (CT) scan, however, showed she had the very rare birth defect Lambdoid Craniosynostosis -- or fusion of bones near the back of her skull.

"The recovery is about a week in the hospital and a couple weeks at home with a very high success rate," Teddi continued. "So although we are filled with nerves as neurosurgery sounds scary, we have our faith that she will be ok."

She then asked her followers to keep Dove in their prayers, before soliciting advice from anyone whose child has had the same surgery. Teddi's RHOBH costars sent their love in the comments. Both Lisa Rinna and Erika Jayne left a series of heart emojis, while Kyle Richards wrote, "Love you guys and baby Dove."

Jana Kramer also said she was praying for them, while many of Teddi's followers began commenting with their own personal stories.

In addition to Dove, Teddi and Edwin are also parents to son Cruz and daughter Slade.