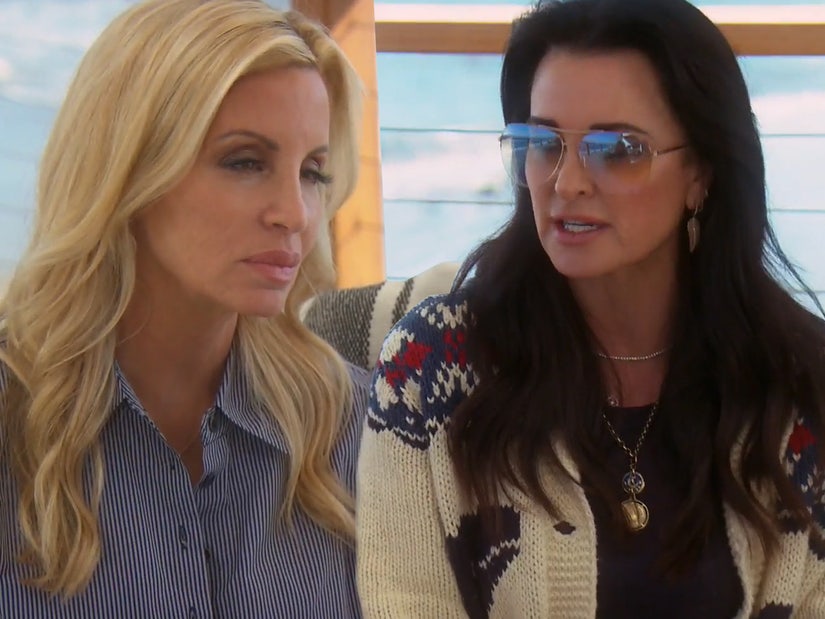 As if Denise Richards wasn't causing enough drama for the women, Camille's back!

Following an explosive Season 9 reunion walkout, Camille Grammer is back on "Real Housewives of Beverly Hills" -- and she's got some explaining to do.

In a sneak peek at next Wednesday's new episode, Grammer and Kyle Richards attempt to clear the air -- after Camille had tweeted some nasty comments about the entire cast.

"I don't know where the anger towards me came from," said Kyle. "I mean, the tweets, every time someone tweeted something mean and truthful, you were liking and saying rude things about every single one of us across the board. you were coming through annihilating everybody."

Kyle then specifically mentioned a post she made about Denise Richards, in which Camille tweeted about the "Wild Things" star being "on something."

"I was so angry at Denise," Camille admitted, saying it was a reference to Richards saying something similar about her during the reunion. 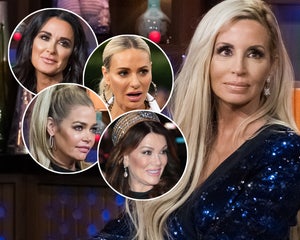 "It made me not trust what comes out of your mouth," Kyle then told her. "I don't know, if you're saying something nice, if it's genuine. Or if you say something mean, you even really feel that even."

"You're saying one thing to one person and one thing to someone else," she added, repeating a common criticism of Camille from last season. "I pretty much stick to how I feel, that's what friends do, I said it to your face."

Grammer said she felt like she was "on the attack" when she popped up at the reunion.

"I felt like, okay, who's gonna take their turn next to go after Camille?" she said. "And after a while, enough is enough. I just lost my house, there's so much one person can take." 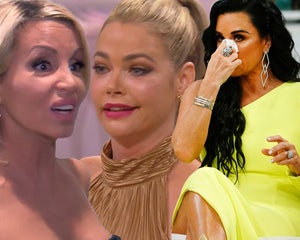 She added that she was "hurt" Kyle didn't stand up for her at all, with Richards saying she didn't because "of the stuff that was coming out of your mouth."

In a confessional, Camille didn't help matters by comparing the RHOBH women to "witches."

"I felt like they were the witches that came together like that Macbeth play," she said, "stirring their cauldron and saying we're all together on this and our common enemy is Camille."

Grammer isn't the only former Housewife to appear on next week's episode. Eileen Davidson, Adrienne Maloof and Brandi Glanville will also pop up at a party Kyle's throwing -- with Brandi exclaiming she's "nervous" to be there in another sneak peek.