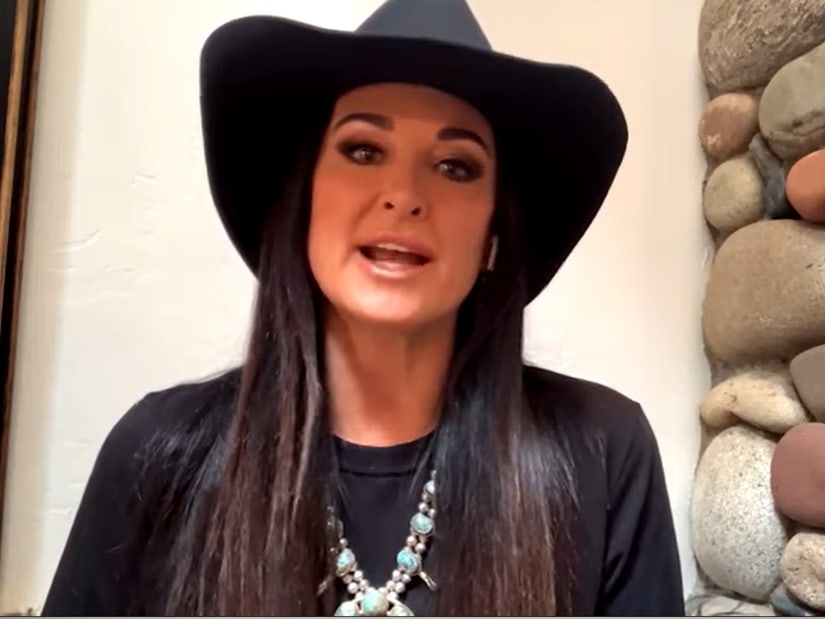 Kyle spilled on all of this season's drama after Wednesday's explosive episode.

Denise Richards and husband Aaron Phypers were once again in the middle of another mess on "Real Housewives of Beverly Hills" -- and it spilled over into "Watch What Happens Live" as Kyle Richards sounded off on the latest confrontation.

In case you missed it, Denise has been frustrated with her costar for talking about threesomes within earshot of her children and their friends at a party. The other women, however, thought it was hypocritical for Denise to feel that way -- considering some of her NSFW movies like "Wild Things" and history with Charlie Sheen. 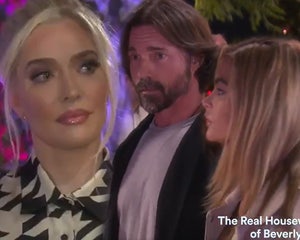 Last night, Denise's husband actually got into it with Erika Jayne as the issue came up again at another party. Following the argument, both Denise and Aaron fled the scene.

"I just wish she would stay and talk through things, because that's how we can have some closure," said Kyle on WWHL. "She just wants to run off every time and it just never lets us make any progress."

"It never goes well when a husband chimes in, ever," she added. "It makes the women very uncomfortable, too."

Richards also said her husband Mauricio would never interject like Aaron -- and she "would really not be happy" if he did.

"I don't feel she was truthful," said Kyle. "I think she intentionally said that to try and make us look bad, honestly, which is an old Housewives trick that we're quite savvy to."

"Her daughter didn't care," she added. "I don't even know if they actually could hear, they seemed like they were sitting far away from us."

Richards was also asked about Garcelle Beauvais seemingly take aim at her during a speech at a charity function. During the speech, the newcomer called her costars her "new best friends" -- before pointing in Kyle's direction and adding, "well, some of them, not so much."

"I was totally blindsided. I thought we were getting along great, I adored her and I thought she was a great addition to the show," Kyle said on Wednesday.

"I was one of the first people to raise my hand and donate to charity and she didn't acknowledge that," she added, before clarifying she didn't donate simply for the recognition.

"It was really rude, it was really unbelievably rude to stand up and make a speech like that," she added.

There were a few lighter moments elsewhere in the show, when Kyle answered a speed round of questions regarding her childhood, Lady Gaga and even niece Paris Hilton's sex tape.

When asked to reveal her biggest competition as a child actress, Richards revealed she and "Growing Pains" star Tracey Gold went up for a lot of the same roles.

Of Hilton's tape, she said the whole family was "devastated" when it was released. "It was horrible," she added.

She also shared a fun anecdote about working with the legendary Bette Davis on 1980's "The Watcher In the Woods." In the movie, Richards said she made herself cry real tears -- while Bette made her eyes water with menthol.

"I was like, 'Why am I having to really cry?'" Kyle recalled, saying Bette told her, "Darling, why would I cry if I'm not sad?"

Richards went on to say there was "probably" a "little jealously" from some of her costars when she and Lisa Vanderpump got more exposure in Lady Gaga's music video for "G.U.Y." -- and emphatically denied ever leaking a story to Radar Online, which Lisa was accused of doing before quitting the show.

"Not only have I never sold stories," said Kyle, "I've never given them away freely to try and hurt somebody!"