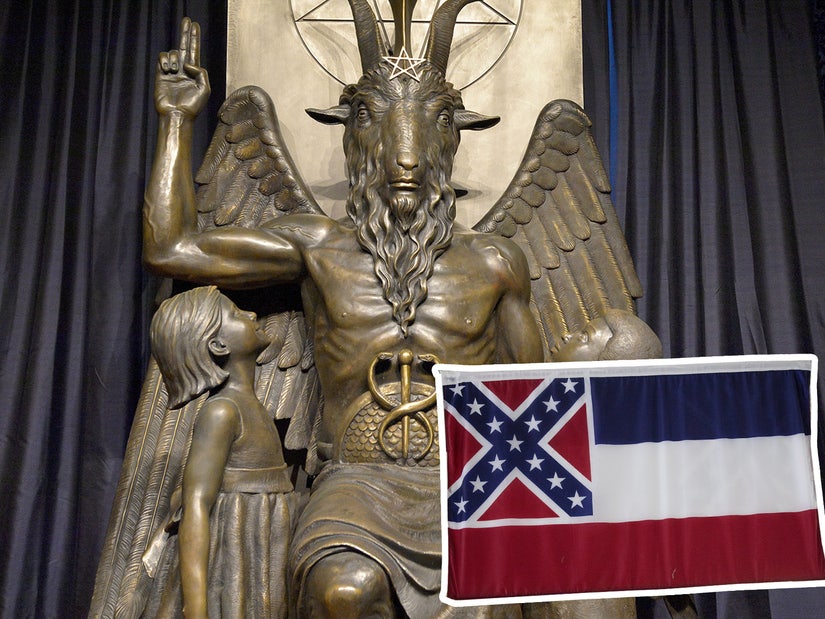 A lawsuit may be filed if the new flag includes "In God We Trust."

The Satanic Temple plans to sue Mississippi if "In God We Trust" appears on the state's new flag.

In a letter to state Attorney General Lynn Fitch, the organization cited constitutional concerns saying the phrase excludes those of "nontheistic faiths," according to WLOX.

Last month, amid a national reckoning with racism, state lawmakers voted to retire the previous Mississippi flag as it had Confederate imagery.

“While the Satanic Temple supports the removal of the Confederate flag, removing one divisive symbol of exclusion only to replace it with a divisive phrase of exclusion does not eliminate exclusion, but rather moves it from one group to a collection of others," the letter read.

The organization argued that if "In Satan We Trust" was put on the new flag, Christians would be "a bit put off," per the outlet.

"If you can imagine that, then you might imagine how atheists, Satanists, and other people of nontheistic faiths could feel excluded by the addition of ‘In God We Trust’ to the state flag," stated the letter.

According to a law signed by Mississippi Governor Tate Reeves, the new flag must include the words "In God We Trust."

"We can not allow opportunistic politicians to insist on collapsing the wall of separation between Church and State as a consolation for the removal of Confederate iconography," The Satanic Temple spokesperson, Lucien Greaves, stated. "They are not being given a choice of whom they can marginalize next."

"The Satanic Temple is fully dedicated to preserving Religious Liberty, and that includes the rights of non-believers and believers of alternative faiths to live free of government coercion or sanction related to their personal religious opinions," he continued. "To us, this is no small matter.”"

Designs for the new flag will be presented to lawmakers in September. Voters will then have a chance to decide which design they like best at the ballot box in November.