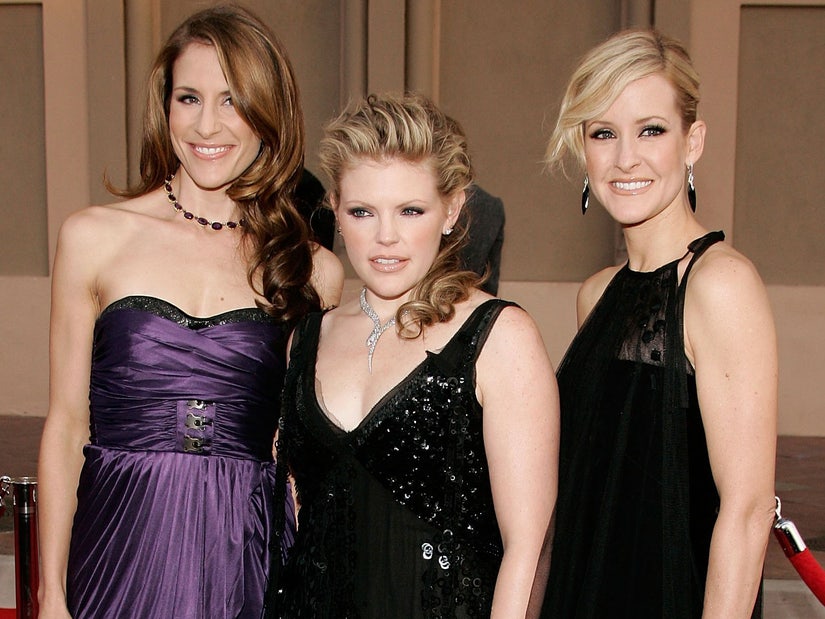 In one lyric, they claim an ex brought their mistress to one of the band's concerts.

Fans of The Chicks will certainly be taking a microscope to the lyrics of their upcoming album "Gaslighter," their first since all three of the women weathered divorce.

And if the lyrics to one of their upcoming songs, "Sleep At Night" are any indication, they'll certainly be calling out their exes. The trio posted the lyrics on Instagram late Wednesday night and it's clear the song is about moving on from a cheating husband.

At one point they sing:

The chorus then asks, "How do you Sleep At Night?" and "How do you tell those lies, lookin' me in the eye, livin' a double life?"

Acknowledging the secrets and lies are "not unique" to them, the next lyrics alleged the mystery man brought his own mistress to one of the band's concerts.

The Chicks played the Hollywood Bowl in 2016.

Natalie Maines previously stated the music on the record was partially inspired by her split from husband Adrian Pasdar, of "Heroes" fame. While she said their previous album "was the most personal and autobiographical" they'd ever been, "Gaslighter" would be "10 times that."

Maines and Pasdar share two sons -- as do fellow bandmate Emily Strayer and Charlie Robison, who separated in 2008. She later married Martin Strayer in 2013.

In a profile this week in the New York Times, Maines also said she "was going through a lot of things personally, so I had a lot to write about" when it came to the new album.

"I was raw," she added, saying "it was too hard for me to reveal myself to a lot of different people." Maguire, however, said that working with producer Jack Antonoff they "felt comfortable sharing our dirty laundry."

Maines also confirmed the song "Gaslighter" is not a political statement against Donald Trump. "I mean, I see Trump in it," she said, "But that is not who I wrote it about."

"Gaslighter" drops in full on July 17.