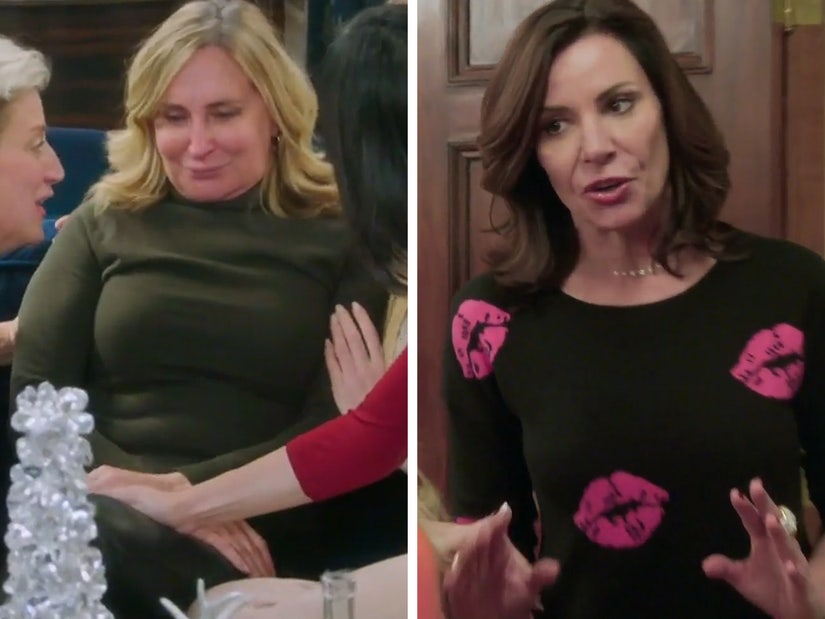 De Lesseps booted Morgan from her cabaret show during another wild night at the Bezerkshires.

"Real Housewives of New York" went off the rails again on Thursday night, after Luann De Lesseps and Sonja Morgan went at it -- over how much the former should pay the latter to appear in her cabaret show.

The hour ended with Sonja sobbing on Dorinda Medley's couch and Lu furiously screaming "Go f--k yourself" at her costar.

The women were all gathered at Dorinda's home in the Berkshires when the fight went down, as Medley showed off her newly-renovated Blue Stone Manor. As a day of drinking led to them all staying in and ordering delivery for the night, Lu began talking about Sonja's role in her updated cabaret show.

"Are you gonna pay her for the first time?" asked Ramona Singer, stirring the pot. "No, she never pays me!" exclaimed Sonja.

"Exploit you? I don't need you, go f--k yourself," Lu shot back, as the conversation took a dark and serious turn. Morgan then revealed she only gets paid $225 a show, claiming that doesn't even cover her hair and makeup.

Lu's rationale was that she has "major Broadway talent" in the show too and she wasn't going to pay Sonja "more to take off her dress."

De Lesseps kept getting angrier as the conversation continued, shouting, "I don't need you in my show ... I don't want you for free. I love you as my friend. If you want to be in my show, great, if you don't, I don't need you."

"You have made me feel that you don't appreciate it and guess what, I don't need you in my show," she said, as she stormed out of the room. She then doubled back to add, "I have my own cabaret show that's very huge and guess what, you're not part of it. I tried to include you and you made me feel bad about it. You're done!"

Sonja broke down in tears as the other costars all rallied around her. Sobbing, Morgan said, "I'm a warrior, I'm a funny girl!"

Lu kept fuming as Ramona tried to calm her down. "I don't need her in my show, I have my own cabaret show, I do a great job on my own, I love what I do, I'm very successful. You think I need Sonja Morgan who's going to take off her clothes on the stage? I don't need her! Bitch, she's horrible!"

"She's horrible, I don't want her in my show, I was giving her a chance because I love her," Lu continued. "She thinks she's gonna be the star of my show, well, she's sadly mistaken!" 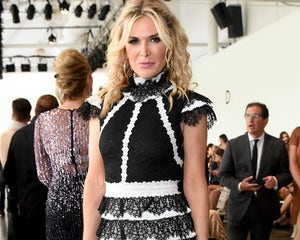 Tinsley Mortimer Exits RHONY, Calls Dorinda a Liar and Reveals Who She's Still in Touch With

"Shame on you! Shame on you!" said Medley, pointing out how supportive Sonja was for Lu during her battle with sobriety. "You wanna forget that? We're not forgetting it. She was there, so you be nice to her."

The fighting will continue next week, as a preview showed Dorinda calling Luann a "drunken fool" with a "mugshot of your drunkenness" -- and Lu storming out, calling Medley a "sick human being."