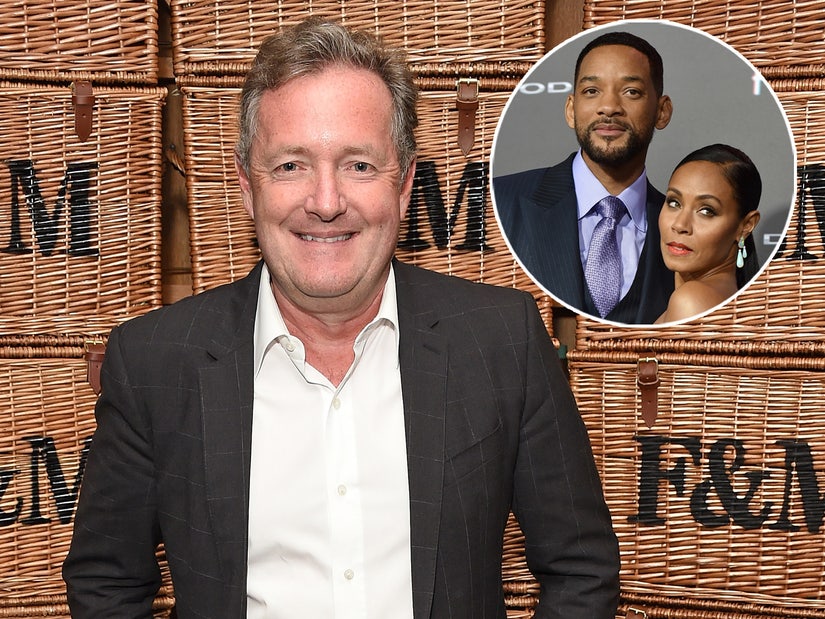 In the 2011 interview, Jada said her marriage was "not easy."

Piers Morgan said Will Smith covertly found a way into a CNN studio years ago to watch the newscaster interview Jada Pinkett Smith about the couple's sex life.

The British TV personality retweeted a post on Saturday featuring a 2011 episode of his show "Piers Morgan Tonight" during which he had a sit-down with the "Girls Trip" star.

"This was particularly interesting because Will Smith secretly crept into the studio and was watching this... as an audience of one," Piers captioned his retweet.

The original tweet was shared in the wake of Friday's shocking "Red Table Talk," where Jada admitted she had a relationship with August Alsina during a separation from Will.

This was particularly interesting because Will Smith secretly crept into the studio and was watching this... as an audience of one. https://t.co/z9yOGDDQCw

In the almost decade-old interview, Piers told Jada he read that she and Will have a "fantastic sex life" after 14 years of marriage.

"You have to," Jada replied with a laugh.

"What I read was that wherever you go, the pair of you, you try and make love. Is this true?" Piers asked.

Jada replied with a smile, "I mean, we've made love in some interesting places."

Piers went on to say how the pair seemed like the perfect couple and asked whether they ever get in fights and yell at each other. Jada replied saying that issue was quickly taken off the table in the beginning of their relationship.

On Friday, news of Jada and Will confronting the claim that August had a relationship with Jada went viral.

During the "Red Table Talk" episode, Jada said, "It was a relationship, absolutely. I was in a lot of pain, I was broken and in the process of that relationship I definitely realized that you can't find happiness outside of yourself. And luckily enough, you and I were also going through a process of healing in a much different manner."

Will admitted the couple were separated at the time and feared they might never talk again.

The pair then discussed the difficult journey to reconciliation and noted how they have managed to stick it out for 25 years.

"We ride together, we die together, Bad Marriage for life," they joked.

Watch Piers' interview with Jada above.