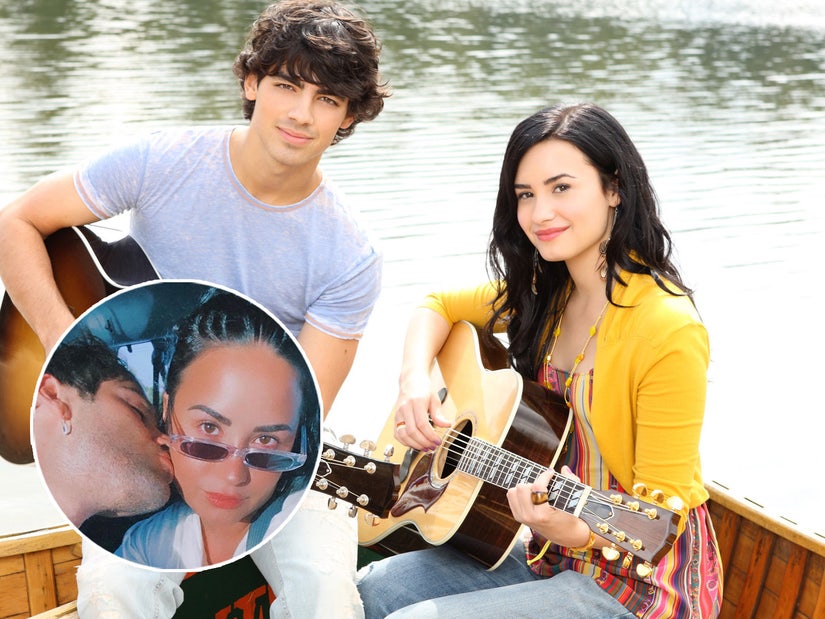 The singer's boyfriend had a priceless reaction to the ending of "Camp Rock 2."

Demi Lovato reminisced on her Disney days by rewatching "Camp Rock" and "Camp Rock 2: The Final Jam" -- and fortunately for our sake, she posted her hilarious reactions on social media.

Over the weekend, the singer, 27, took to her Instagram Stories to share videos of she and her boyfriend, Max Ehrich, watching the 2008 and 2010 DCOMs, which starred Lovato and the Jonas Brothers. While witnessing her younger self on-screen, Lovato couldn't stop laughing at the "awkward" moments. 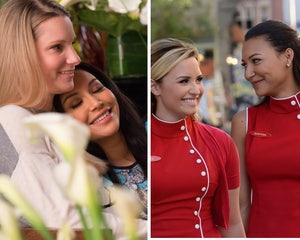 In one of the first clips the Grammy winner posted, Lovato's character, Mitchie, is seen playfully tapping her friend Caitlyn (Alyson Stoner) with a balloon.

"The amount of awkward f--king things I did in this movie...I can't," Lovato wrote over the clip.

At another point, the actress documented a scene of herself and Stoner performing the song, "Our Time Is Here," which was actually deleted from the film.

"This shit still slaps not gonna lie," Lovato said of the track.

As she reached the end of her rewatch of "Camp Rock," the actress poked fun at another scene, which included Lovato and Joe Jonas.

Lovato and Ehrich continued her hilarious commentary of the Disney films as they moved on to "Camp Rock 2."

At one point in the film, Camp Rock receives flying parachutes filled with ingredients to make s'mores.

"What is the f--king 'Hunger Games?!" Lovato said, giggling. "I never realized how f--king ridiculous this was!"

While watching another scene, this time of her and Joe singing "Wouldn't Change a Thing," Lovato joked, "So we're just singing when everyone is sleeping? Just belting our lungs out?"

However, the best moment was when Ehrich couldn't handle the ending of "Camp Rock 2." For those who don't know, at the end of the film, Camp Rock competes against their rival Camp Star -- and surprisingly didn't win.

And like many fans at the time, Ehrich was outraged by the shocking verdict.

"It has to be Camp Rock," Ehrich said in Lovato's clip. "They cheated, right? You guys were better than them so I think that they should really do a recount."

"I think it's too late, babe," Lovato responded, to which Ehrich replied, "It's never too late. I guess you've gotta make a third movie."

See more of their reactions in the clips, above.