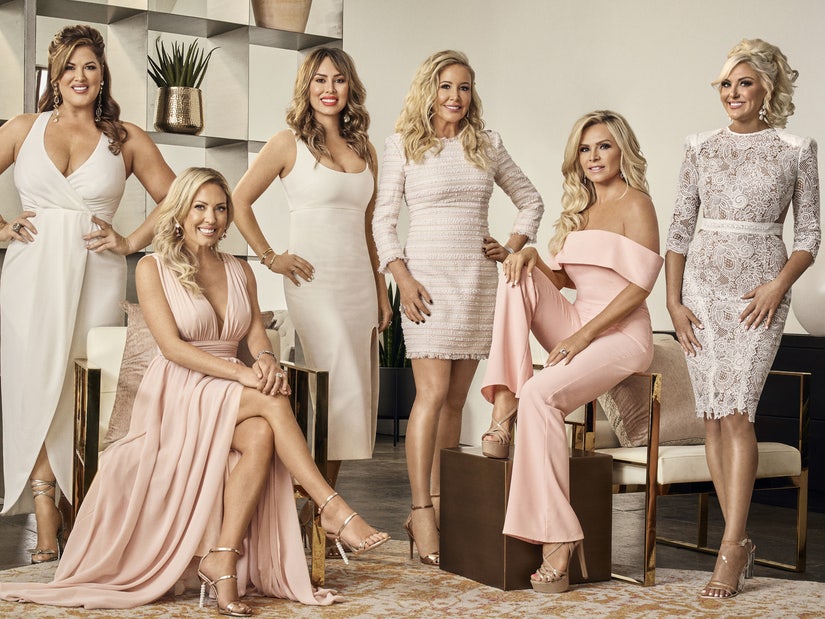 Braunwyn Windham-Burke and Gina Kirschenheiter both posted about leaving for a girl's trip.

"The Real Housewives of Orange County" has reportedly resumed production amid the coronavirus pandemic.

According to Page Six, the cast of "RHOC" is currently being filmed on a trip at an undisclosed location.

"'The Real Housewives of Orange County' recently resumed production with a comprehensive health and safety plan," a rep for Bravo told Page Six. "The plan was developed in accordance with CDC guidance, all state and local orders, as well as NBCUniversal's own safety guidelines. The health and safety of the cast and crew is the priority of Bravo for all of its shows."

It's unconfirmed if all of Season 15's Housewives are on the trip, however, stars Braunwyn Windham-Burke and Gina Kirschenheiter both posted about leaving for a vacation.

In a since-deleted Instagram Story, Braunwyn wrote, "Family bed tonight since mommy is leaving tomorrow for a girls trip!" per Page Six.

On Monday, Gina posted a photo of herself posing by a suitcase, originally captioning the pic, "Here's a novel idea…Quarantine us all together. I'm sure it's gonna go great. The Bravo star later edited her caption to read, "Take two…..❤️ 🤷🏼‍♀️"

Former Orange County Housewife, Tamra Judge, who announced in January that she wouldn't be returning for Season 15, commented on Gina's post. "Have fun," she wrote, alongside two laughing emojis.

In addition to Braunwyn and Gina, Shannon Beador, Kelly Dodd and Emily Simpson are said to be returning for the upcoming season but haven't posted anything on social media regarding a girl's trip.