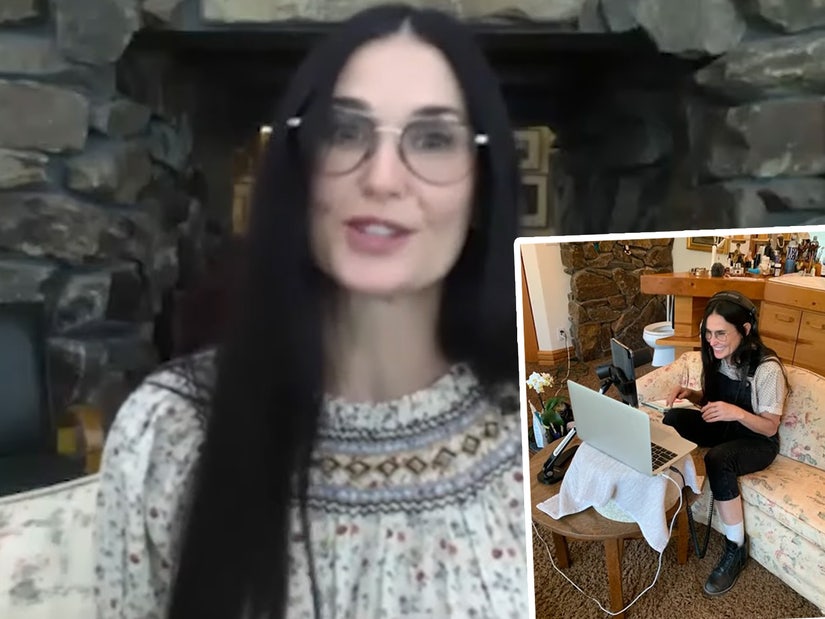 Demi Moore has a very good explanation for those photos of her bathroom, which Twitter couldn't get enough of earlier this month.

Appearing on "Late Night with Seth Meyers" on Tuesday, Moore reacted to all the social media chatter about -- as Seth put it -- the "design touches people would not have expected from any human being."

starting a slack channel for the sole purpose us discussing why demi moore has both carpet and a couch in her bathroom pic.twitter.com/4NeLbJCVpF

Writer Alexis Wilson was the one who first brought attention to her unique bathroom, with a Twitter thread pointing out both the wall-to-wall carpeting and couch located in the loo. That thread was flooded with comments from other people on Twitter, who highlighted all the other random things found in the room -- like the giant Joan of Arc statue by the tub and tiny monkey perched on the rock wall.

"This is the house again my children grew up in and that originally was a Bruce Willis choice," she said of the carpeting. "Not to put it off on him, but we also live in the mountains where it gets very cold. It's never bothered me. It's actually quite good."

Moore said she "appreciates" all the interest in her "little oddities" as well, saying the Idaho home "houses a lot of my treasures" and she and her family members have gotten "some big laughs" from everyone pointing them out.

As for the couch, Moore said it was actually a mini-sofa and is not normally found in the restroom. She explained she brought it into the bathroom to record a podcast, since the room had the best acoustics in the home.

Moore has been quarantining in Idaho, with her daughters rotating in and out. Saying she was "grateful" to be out of a city and in Small Town USA, Moore said her daughters have also "appreciated" having somewhere to escape to.

"It's a great opportunity to work on stuff," added Moore. "Stuff is definitely going to come up when you're all together for so long." 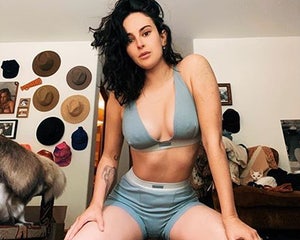