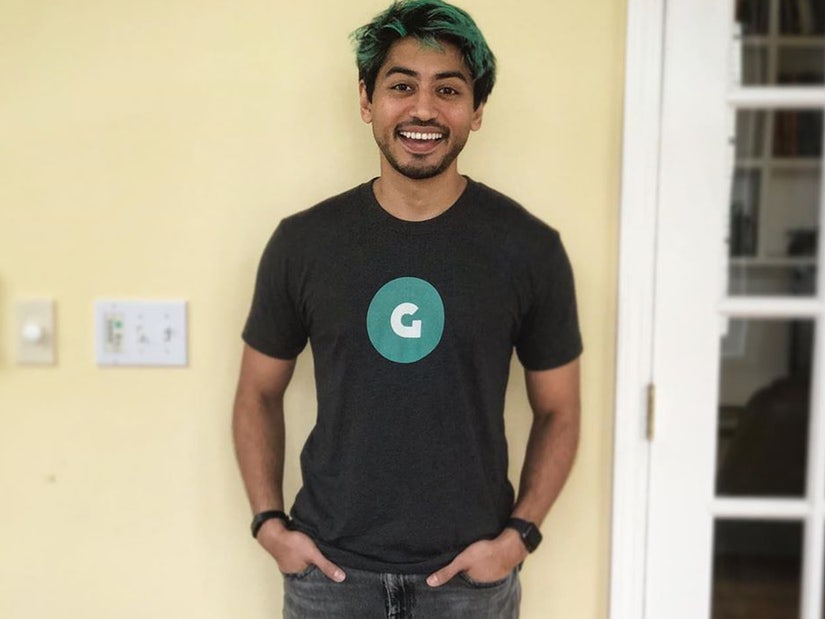 The man's body parts were stuffed into several bags next to an electric saw, per authorities.

Tyrese Devon Haspil has been charged with the murder of tech CEO Fahim Saleh.

The 21-year-old former assistant of Saleh was taken into custody in New York City on Friday morning after police claim he decapitated and dismembered Saleh, 33, in Saleh's luxury condo on Monday.

Parts of Saleh's body were found in bags near an electric saw after his cousin went to check on him on Tuesday, per The New York Times. It had been reported earlier that Saleh's sister found the body.

Officials said Haspil had worked for Saleh since he was 16.

"Mr. Haspil was Mr. Saleh's executive assistant and handled his finances and personal matters, and owed the victim a significant amount of money," Rodney K. Harrison, chief of detectives, said at a press conference.

Police claim the motive for murder came after Saleh discovered Haspil had stolen around $90,000 from him. Saleh had fired Haspil, but didn't file charges and even set up a repayment plan for Haspil.

Authorities claim Haspil killed Saleh on Monday, stole his credit card to buy cleaning supplies at a Home Depot and returned to the apartment on Tuesday to dismember the body and clean up evidence.

Haspil was reportedly staying with a female friend when police arrived to arrest him outside an apartment building in SoHo.

The personal assistant to the tech CEO who was found decapitated and dismembered earlier this week in New York City was arrested on Friday.

Tyrese Devon Haspil, 21, is expected to be charged with the second degree murder of 33-year-old Fahim Saleh, per reports.

Haspil was on a repayment plan with Saleh after he allegedly stole tens of thousands of dollars from the venture capitalist, which authorities say was the motive for murder.

New details emerged regarding the crime as police claim Haspil used a Tazer to immobilize Saleh after following him up to his apartment in an elevator, according to The New York Times.

According to the report, as Saleh's body was being dismembered with an electric saw, Saleh's sister buzzed the apartment from the lobby causing the suspect to flee out the back door of the apartment.

The New York Police Department confirmed the dismembered body of a man was found in a Lower East Side apartment on Tuesday.

A law enforcement source told CNN the deceased was identified as 33-year-old Fahim Saleh, a venture capitalist and CEO of the Nigeria-based startup Gokada.

Video surveillance from Monday shows Saleh entering his apartment building's elevator which opens directly to his seventh-floor condo, per the source. A man dressed all in black -- the suspected killer -- carries a bag into the elevator, joining Saleh. When Saleh steps into his apartment, the assailant attacked Saleh.

We are deeply saddened to inform you about the sudden and tragic loss of our founder and CEO, Fahim Saleh. Fahim was a great leader, inspiration and positive light for all of us.

"The perp had a suitcase. He was very professional," a law enforcement source told Daily News.

The police were called to the scene after Saleh's sister went to check on him because she hadn't heard from Saleh in over a day. She called 9-1-1- after discovering his dismembered body.

Body parts were reportedly placed in several plastic bags near an electric saw.

"We have a torso, a head that's been removed, arms, and legs. Everything is still on the scene. We don't have a motive," NYPD spokesman Sgt. Carlos Nieves told the outlet.

According to sources, authorities are still investigating how the suspect exited the apartment building.

Saleh was a Bangladeshi American who founded -- in addition to Gokada -- a prank call website, the venture capital firm Adventure Capital, and a ride-hailing company called Patheo.

"We used to call him the Elon Musk of the developing world. He was like the Energizer Bunny," a longtime friend told New York Post.

The friend added, "His best friend in Dubai called me just sobbing on the phone, 'They took my boy, they took my boy!' He played ukelele -- he was so full of ideas."

"Fahim was a great leader, inspiration and positive light for all of us," the statement read. "Our hearts go out to his friends, family and all those feeling the pain and heartbreak we are currently experiencing, here at Gokada. All updates and changes will be communicated with you, as it unfolds. Forever in our hearts."