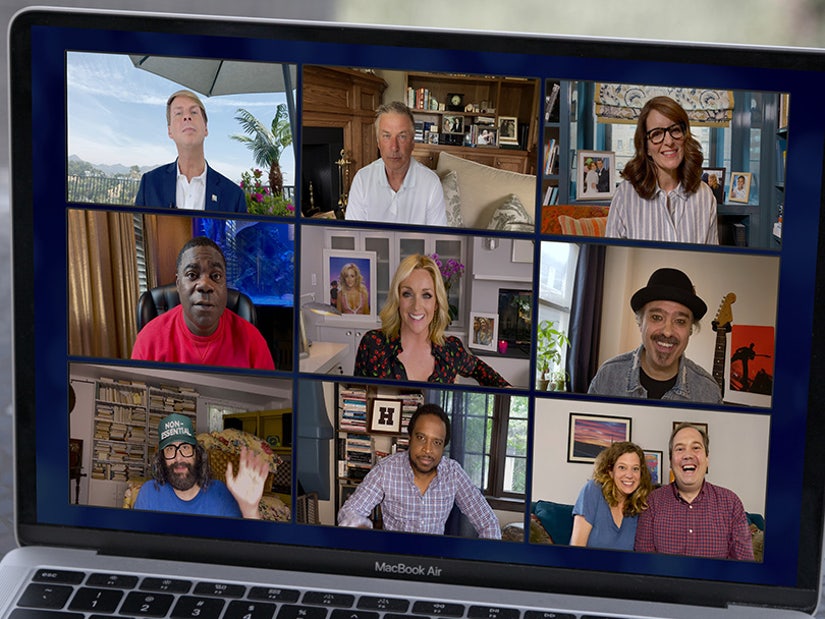 A lot has changed in the past seven years -- like the surprise new head of NBC -- though not too much, with Jenna (Jane Krakowski) getting canceled for doing something awful.

Look, if it takes a blatant product plug for NBCUniversal to reunite the beloved cast of "30 Rock," well we can live with our capitalist overlords forcing us to hear the umpteenth pitch for their new Peacock streaming platform.

That said, we can also kind of understand why many local affiliates and affiliate conglomerates across the nation were a little hesitant to broadcast a program tailor-made to bring in huge viewership numbers -- quarantine people love a reunion -- while at the same time advertising a product that draws those same viewers away from their stations. 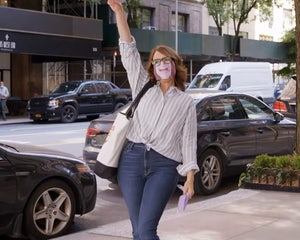 "30 Rock was always very tongue-in-cheek about its placement as a very blatant and direct statement about the very network it aired on. Alec Baldwin's Jack Donaghy was a high-level executive at that same network, while Tina Fey's Liz Lemon was an overworked showrunner.

The show wore its inspiration -- and its corporate overlords -- on its peacock-adorned sleeves from day one, so it wasn't too much of a stretch to have to deal with all the NBCU advertising built into the hour-long program.

It also wasn't too hard to ignore it as just a facet of what these characters had to do as part of the NBC family. Well, maybe not all of that. And that was probably the most fun aspect of this whole special -- checking in on our favorites after all these years to see how they were faring.

There's a new head of NBC, and it's remarkably not the ladder-climbing uber-executive Jack Donaghy. In fact, Jack is newly retired and clearly enjoying the chance to slow down and enjoy his life outside of business. He's not at all jealous of this ambitious new Peacock initiative. Maybe he's not quite ready to retire after all ... how about a female-centric Pea Hen streamer?

His loyal assistant Jonathan, portrayed by Maulik Pancholy, has moved on to producing horror movies for Blumhouse, which meant he had no interest in working again with Liz Lemon. "After seven years with you, I know horror," he told her.

Liz is still doing what she does, looking to possibly revive "TGS" -- the show within the show -- for Peacock, but now with a new leading lady because of an incident involving Jane Krakowski's Jenna Maroney, Mandy Moore's thermos and ... well, poop.

With Jenna officially canceled via social media and everything else, the special had the opportunity to bring in some ringers to interview for her position, setting up fun cameos from Khloe Kardashian (and her amazing impression of her dog's business manager), Kandi Burruss and Sofia Vergara.

Tracy Morgan's Tracy Jordan, meanwhile, is doing what he does best ... making bank! In the world of modern filmmaking, all he has to do is sit back and sell his likeness for CGI-driven movies and he can be a major movie star millionaire without ever leaving home. That is, until Liz calls.

So who's running NBC? Shouldn't that have been obvious. In the world of "30 Rock," no one loved NBC as much as Jack McBrayer's Kenneth Parcell. The long-time page has clearly made up for lost years by quickly moving up the ladder from page to head honcho.

His position sets up the conceit of the special, with Kenneth sweating how to do the annual presentation to advertisers about why they should throw all their money at NBCUniversal, what with all of its stellar new shows, returning favorites and -- well, did you hear about this new streaming platform?

Liz and Jack were working so hard to bring the gang back together in order to pitch their "TGS" revival to Kenneth, but that's where a tragic twist changed everything ... and ushered in a couple more guest stars, including Al Roker and Dwayne "The Rock" Johnson.

It turns out the "TGS" reunion was all a lie, Kenneth was never going to sign off on it. Instead, he was just bitter that his friends kept not showing up to his Zoom hangouts. Well, he's got new and more famous friends, so who needs 'em right? Well, it's not that easy!