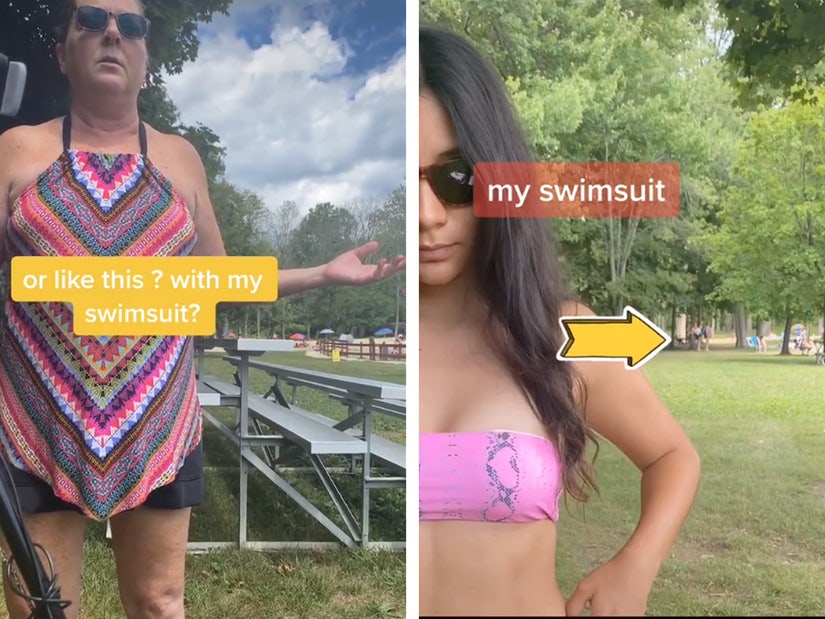 The so-called "Karen" claimed to be worried about her sons staring at the influencer's bikini-clad bottom.

A TikTok dancer was berated for wearing a bikini at a beach as a woman accused her of "public nudity."

Aurea Miranda was filming a video for the online platform at Freedom Lake in LaGrange when an unidentified woman stormed the shoot in anger.

"See those three little boys over there?" the woman asks while approaching Aurea and pointing off camera. "Those are my boys. They're staring at your a-- which is hanging out in the middle of a public place."

Aurea noted in the captions that the woman was not adhering to social distancing guidelines, nor wearing a mask.

"Do you need a pair of shorts? Because I have an extra pair," the woman said.

After Aurea appeared confused by the question and asked the woman to explain herself, the woman replied, "I mean get your a-- covered. That's what I mean."

Aurea then asked if there was a rule that says she has to obey such a request -- to which the woman said, "Yea there is -- it's called nudity."

The woman then left as Aurea later confirmed she was told by Freedom Park employees that the swimsuit she was wearing was appropriate.

The video has garnered 3.1 million views since Aurea posted it to her TikTok account on Monday.