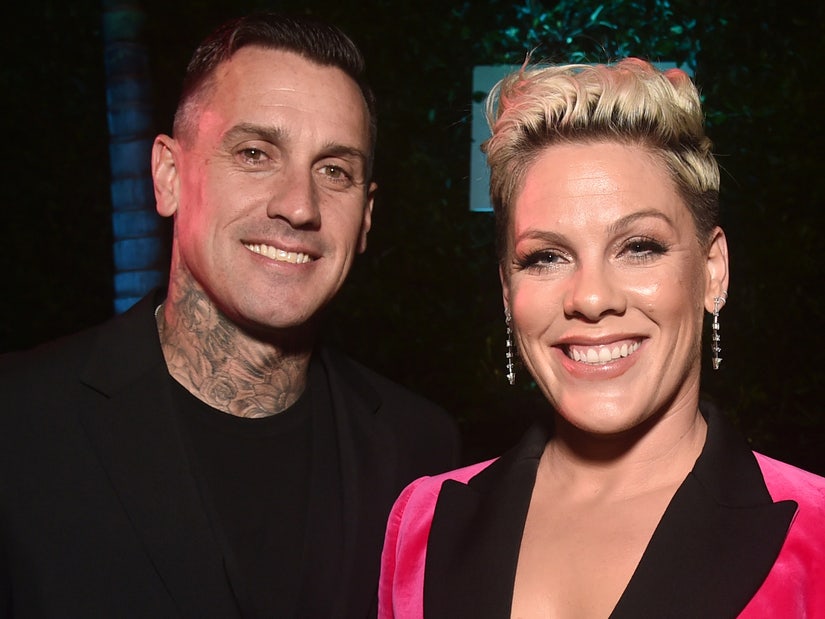 "I hope this year is your happiest."

Pink gave her husband, Carey Hart, a heartwarming social media shoutout in honor of his birthday.

On Friday, the singer took to Instagram to gush over her husband of 14 years on his special day, praising his role as a father to their two kids: Willow, 9, and Jameson, 3.

Sharing a sweet black-and-white photo of herself with Hart, Pink wrote, "Happy birthday @hartluck I still remember your 27th birthday. You're so much cooler now."

"I hope this year is your happiest," she continued. "#youdeservethebest your kids worship you and I am grateful for you every single day almost."

Hart shared some insight as to how he spent his birthday, revealing the family "had a quiet day" together.

"Hit the road bike the morning of my 45th birthday. This @giantbicyclesusa TCR is the best road bike I have ever had," he wrote alongside some photos of his new bike on Saturday. "It was really nice being solo out on the road. Gives you time to think and sweat. That's to all of my friends for the B day wishes."

"Sorry for the lag, had a quiet day w/ the family," he added. "Guess that’s what happens when you get old 😂😂. And thanks to everyone for the birthday wishes. Crazy times people, enjoy your day and be thankful.

There's no doubt the "What About Us" singer and ex-motocross racer have hit several rough patches during their 14-year marriage and a nearly 19-year relationship. And according to Pink, they are "still together" because of couple's therapy.

"I got a lot of s--t for telling people that Carey and I have been in couples counseling with [therapist Vanessa Inn]," Pink said during an Instagram Live last month. "So I talk to Vanessa on my own and I also talk to Vanessa with Carey and for Carey and I. It's the only reason that we're still together because you know, I think partners after a long time, we just speak -- I can't say it’s a man and woman thing, I think it's a partner thing, a spouse thing -- that you just speak two different languages." 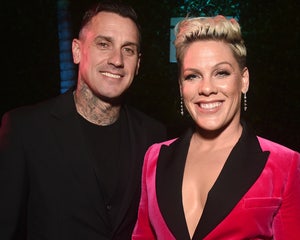 The Grammy winner then recounted a moment during therapy when she realized she was "a little bit full of s--t."

"There's a difference between connection -- I think -- and intimacy. And intimacy is the part that's hard for me. There was a moment in couples counseling with Carey, I'll never forget, in the office, I had been complaining about him for years about how he's just not present, he's not here, he doesn't get it, he's not hearing me emotionally, he's not even trying to understand my language," she recalled to Inn. "And you were like, 'OK, everybody shut up, stand up, put your hands on each other's hearts and just look into each other’s eyes.'"

She concluded, "And this man that I had been saying won't show up for me, his feet were planted in that earth, his hand was on my heart and his eyes were looking into my soul and guess what I did? I started giggling and I looked away, and in that moment I realized that I was a little bit full of s--t. I was the one here that was just talking and there have been many of those times."

Pink and Hart said "I do" in Costa Rica on January 7, 2006 and celebrated their 14th wedding anniversary in January.