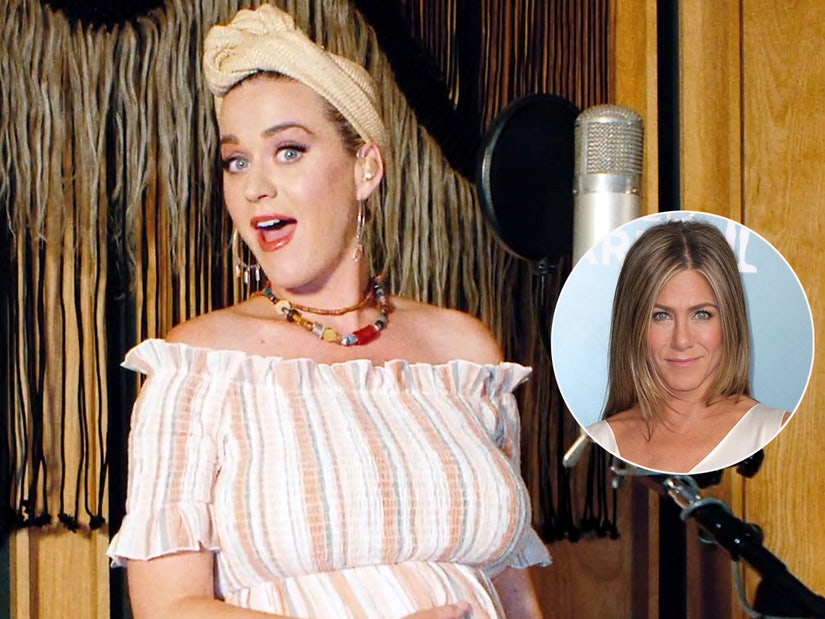 "You should definitely believe everything that you read."

Katy Perry is addressing the "wild" rumor that she and fiance Orlando Boom have asked Jennifer Aniston to be the godmother to their baby girl.

While appearing on the Australian radio program "The Kyle and Jackie O Show" Sunday, the pregnant pop star, 35, squashed recent reports that Aniston, 51, will be taking on the extraordinary honor. 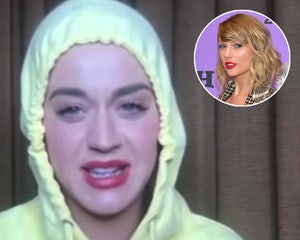 "I know she texted us, because we are friendly with her and Orlando is one of her good friends, and we were like, 'Wow! This is a wild rumor,'" Perry said. "I mean, God knows, she's, you know, with her, she's had everything said about her. But I guess this is a fun rumor."

"But no, we have no idea where it came from. But, you know, that is the product of the media and the internet," she continued, joking, "You should definitely believe everything that you read."

When the radio hosts asked the singer how people speculated that she was pregnant before she announced, Perry said, "Not many, because I'm very voluptuous."

She continued, "I think in a pop star's life, usually the conversation every three months -- especially when she's dating someone -- is, 'Are you pregnant? Pregnant yet? You pregnant now? Now? Is that Taco Bell?'...It's like, it's only annoying if you let it be annoying."

The "Smile" singer also gave an update on her pregnancy journey.

"I'm really grateful for my body, and I have so much respect for women. And obviously going through this process is like, you know, you get a whole new viewpoint," Perry said. "But everything is swollen. My hands are swollen. My feet are starting to swell. It's starting to get to that point."

Perry first revealed she and Bloom, 43, were expecting in the music video for her song "Never Worn White" back in March. Toward the end of the love song, the "Firework" singer unveiled her growing baby bump.

Nearly a month later, Perry announced the couple is expecting a baby girl.

The unborn baby will be the first child for Perry and Bloom as a pair. The latter shares 9-year-old son, Flynn with ex-wife Miranda Kerr.

Meanwhile, It's unclear as to when the couple, who announced their engagement on Valentine's Day of 2019, will be tying the knot. Perry and Bloom reportedly postponed their December 2019 wedding into 2020. However, they have decided to further delay their wedding, which reportedly was going to be in Japan, amid the coronavirus pandemic, sources told People back in March.

Perry's fifth album, "Smile," is set to be released August 14.