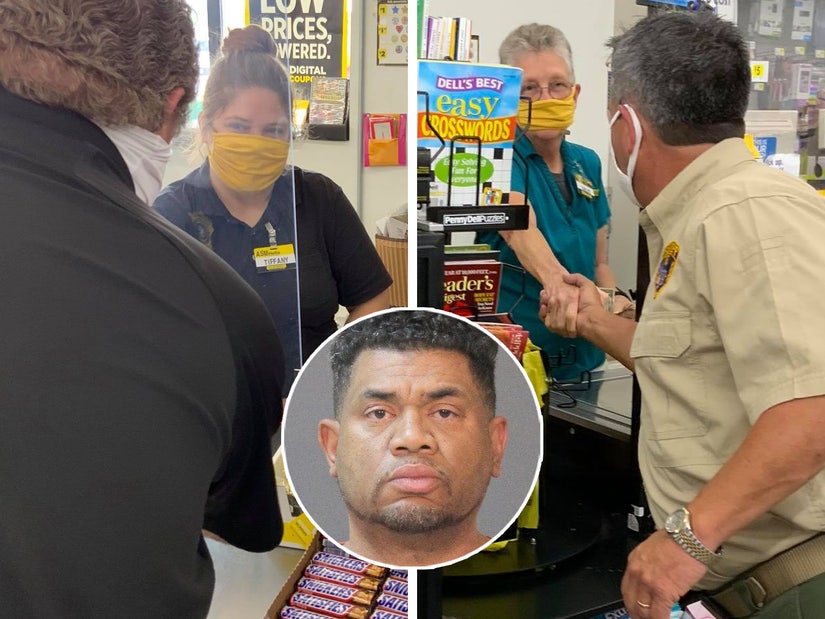 The fugitive's wife, who is chief investigator at the Calcasieu Public Defenders Office, was later arrested as an accessory to rape and molestation.

Two Louisiana dollar store employees are being hailed as heroes after they snared a child molester wanted for murder.

Tiffany Cook and Sallye Salter were working a shift at Dollar General in Ragley when they recognized Neil P. Broussard, who is accused of killing two teens and kidnapping a third.

The quick-thinking duo quietly ushered all the other customers out of the store before locking the fugitive inside, and immediately called the police.

The manhunt for Broussard began last Wednesday at 4am, after police responded to a shooting at a home in Westlake; there they found 18-year-old Kaleb T. Carlton and 17-year-old Kyla Hidalgo, dead.

Kyla's mother, 40-year-old Catherine Hidalgo was also seriously wounded but still alive and able to identify Broussard as the shooter. Her 14-year-old daughter was missing; she told deputies that Broussard had stolen her car and kidnapped the girl.

Following a tip-off that the girl had been seen exiting woods nearby almost three hours later, officers arrived and found her -- but not her captor.

Police issued warning to the public that Broussard should be considered armed and dangerous, and should not be approached. They advised residents to stay indoors and secure any vehicles or structures that could be used as hiding places.

Helicopters, K-9 units and 75 officers were involved in the search. Although they discovered the getaway vehicle abandoned, the fugitive managed to elude them overnight.

But by Thursday morning, Broussard was in custody thanks two vigilant Dollar General employees.

Beauregard Sheriff Mark Herford praised the pair "for their bravery, instinctive thinking, and selflessness to themselves and to their community." Calcasieu Parish Sheriff Tony Mancuso added: "I commend them for being brave enough and strong enough ... but we were so close we were there in seconds to apprehend him." 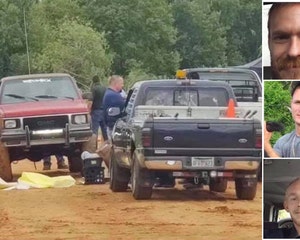 Broussard was previously convicted in 2005 and 2011 of molesting juveniles. According to authorities, he is also awaiting trial on sex charges in Texas, and was wanted on charges of first-degree rape and molestation of a juvenile in Calcasieu Parish.

His total bond has been set at $6 million

On Friday, Broussard's wife, Tori L. Broussard, was also arrested as an accessory to rape and molestation, KPLCTV reported.

She is the chief investigator at the Calcasieu Public Defenders Office. Harry Fontenot, head of the office, told the site she is on administrative leave pending further review. "She is a good person and I think she's been falsely accused of committing these crimes, I don't think she's committed any crimes," her attorney Todd Clemons said.

"It's important to point out she's not charged, but was just arrested," he added. "I don't know if she will be charged, but she's presumed to be innocent and I believe she's factually innocent.  \I'm confident she won't be convicted of any crimes."