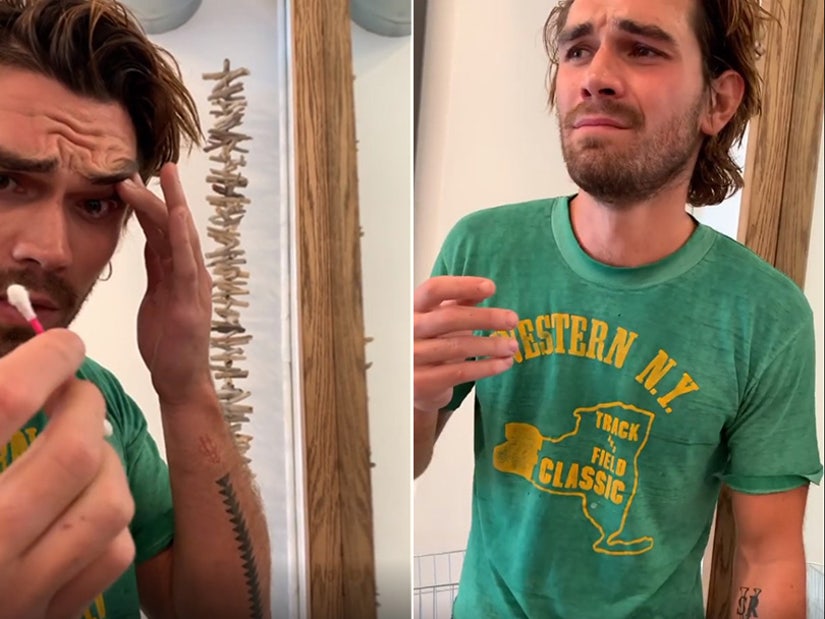 The "Riverdale" star shares his emotional roller coaster journey in a two-minute video where he and celebrity stylist Jason Schniedman try to get it out.

KJ Apa wasn't sure what to think as he struggled with what he described as a "shard of metal" that was stuck in his eye.

Sharing a video to Instagram, the "Riverdale" star could be seen with celebrity stylist Jason Schneidman trying to get whatever was in his eye out. And while Apa was seen laughing several times through the video, it was clear his anxiety was rising. 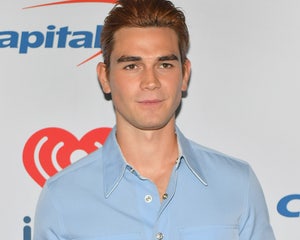 Schneidman tried to get it out using a cotton swab, remarking that whatever was in there appeared to be embedded into his eye. Finally, a nervous Apa tried himself in a mirror, saying he had to "work tomorrow."

Ultimately, it appeared they were successful, but it didn't mean Apa was out of the woods.

Playful in the beginning, joking about his "bad side" being visible in the shot, Apa got more and more anxious as the video continued.

When he looked in the mirror after Schneidman assured him it was out, he asked what he was still seeing on his eye.

Schneidman said it appeared to be a small hole. "This is a hole?" Apa asked, looking again into the camera.

"Yes, you're going to have to get an antibiotic for it," he was told.

Apa and the woman filming the whole ordeal giggled about it briefly, but just as quickly, Apa's smile turned as fear appeared to take hold.

"You're gonna be okay," the woman told him. "Stop freaking out." But when it was clear he was about to start crying, she let the camera drop to be there for him. TooFab has reached out to representatives for Apa to see how he's doing.

Despite the clear emotional toll the incident had on Apa, the actor nevertheless did share it to his Instagram, so hopefully things have turned out okay. If it's not too serious, a little antibiotic will help keep it from getting infected as the eye works to heal itself.