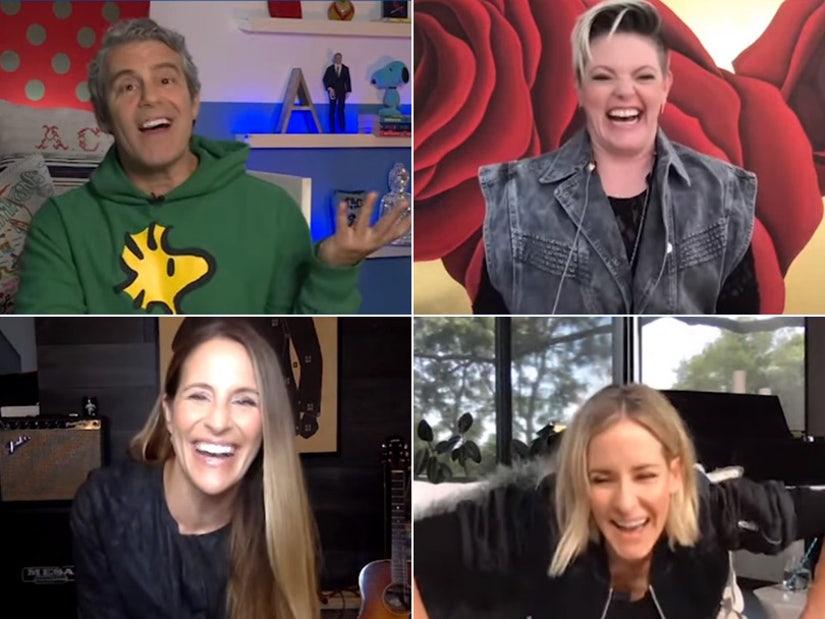 The Chicks talk about Taylor Swift finally emerging with her political truth after being "warned" not to be like them -- plus, thoughts on Lady A lawsuit and more.

The Chicks remain unabashedly unapologetic, whether it's people being upset about them changing their name in the wake of Black Lives Matter or even still about their comments about then-president George W. Bush.

Natalie Maines, Emily Strayer and Martie Maguire jumped into Andy Cohen's virtual "Watch What Happens Live" clubhouse to dish on their triumphant return to music after a 14-year hiatus. 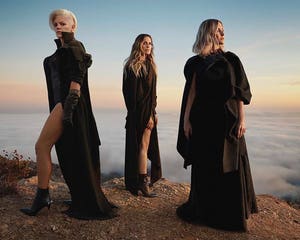 A lot has changed since then, and not just their name. In fact, while The Chicks have had a rather smooth transition into their new identity, Andy had to ask their thoughts about Lady A's much more tumultuous route.

Of the change itself, dropping Antebellum from their name, Natalie said, "I think that was good ... I think it was the right move."

Unfortunately, the name they settled on -- and had apparently copyrighted more than a decade before -- was also the name of an existing Black artist.

"I think it's been very awkward and uncomfortable to have this whole lawsuit and it’s kind of going against the point of changing their name," Natalie said.

Certainly making a change out of respect for Black voices and then suing a Black artist over your new name -- their old name -- muddies those waters at best, no matter the actual particulars of the suit.

That said, thought, The Chicks are thrilled to see country music stepping up and making these kinds of proud cultural and even political statements. They certainly faced a different country music industry when Natalie said they were ashamed Bush was from Texas in 2003.

Almost immediately, the group was blacklisted from country music radio, among other retaliatory repercussions, and they apparently became a cautionary tale, as well.

Andy brought that last point up in reference to Taylor Swift's recent documentary about her career coming up through that country music machine.

"She had an interesting moment where she recalled how everyone in the country music industry warned her not to be like The Chicks and say what she was thinking politically," Andy noted, wondering what they thought of that. 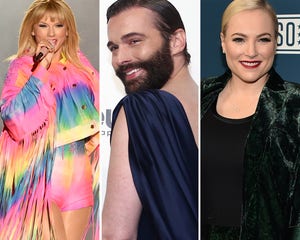 Emily said that the group is so proud of her for emerging from that influence as a very young artist and finding her voice. "It’s good to see her as she becomes her own woman questioning these things and saying, You know, I really do want to talk about it," she said.

"So she was told not to be like us, that’s not news to us, either," Emily continued. "I’m proud of her. She’s awesome."

While a lot has changed since The Chicks were the pariahs of the country music industry, a lot seems very familiar. Critical of the president back in 2003, Natalie appears to have softened in her views on him.

"I joke that today I might actually make out with George [W.] Bush," she laughed at one point. But that softening doesn't change how she felt about Bush. 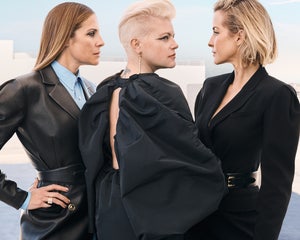 When asked if Trump makes her rethink her feelings for the former president, Natalie said, "I don’t rethink that I didn’t want to go to war and that weapons of mass destruction were a lie, but yes, I would. It would be a huge love fest if I saw George Bush right now, because of where we’re at with this current president."

Luckily for The Chicks, the country music industry seems to have loosened up a bit in allowing its stars to show more liberal leanings. But even better for them, as when they were asked what they would say to people who don't think they should have changed their name, Emily said it best.

"We don't really care." They didn't then on their way to five Grammys for "Taking the Long Way" where they talked about that backlash on songs like "Not Ready to Make Nice," and they don't know as they unleash their latest album "Gaslighter" onto the world.

And that's just the way it should be.