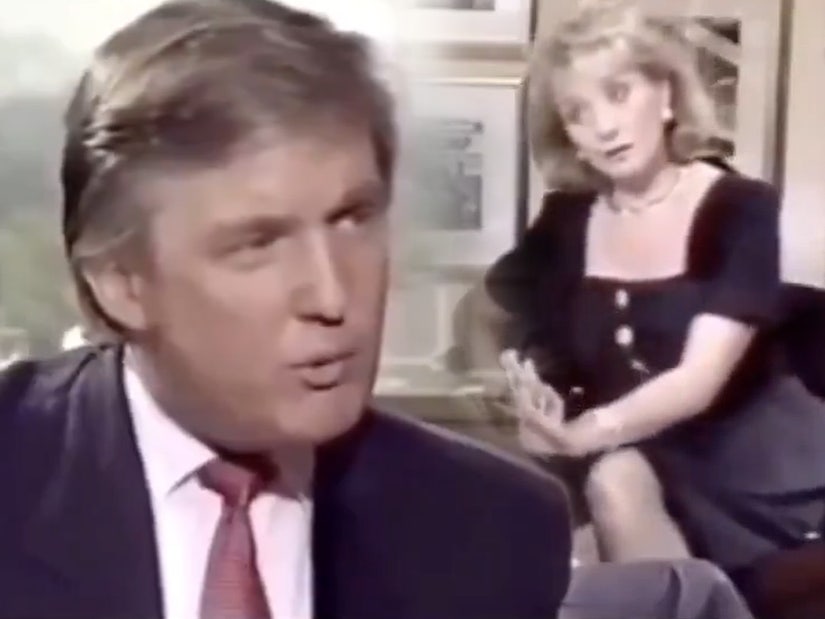 It may have been 30 years ago, but the tune was still the same: dishonest press, terrific deals, a lot of people are saying.

But the difference in 1990 was Barbara Walters was still on the hunt for BS, and wasn't about to let any prey slip by her.

The legendary journalist's name was trending high on Twitter on Thursday after an old interview with Donald Trump resurfaced.

BARBARA WALTER WAS DONE WITH DONALD’S BS IN 1990 😂 pic.twitter.com/sp5KAZCMPy 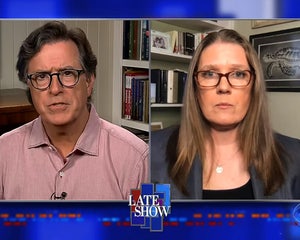 Mary Trump on President's 'Sociopathic Tendencies,' Bragging About a 'Dementia' Test and More

"I've never seen press reporting as I have with regard to me," the then-President-to-be bemoans in the clip. "I hope the general public understands how inherently dishonest the press in this country is."

"As a member of the press, let me try to clear up some of the things which we say are untrue," Barbara matter-of-factly replies, before quoting Trump directly from a published interview.

"'My bankers and I worked out a terrific deal which allows me to come out stronger than ever — I see the deal as a great victory.'" she said before asking: "Being on the verge of bankruptcy, being bailed out by the banks..."

At this point Trump tries to interrupt, but a stern hand from Barbara immediately shuts him down.

"... skating on thin ice and almost drowning; that's a businessman who should be admired?"

Trump tries to explain his way out: "You say on the verge of bankruptcy Barbara, and you talk on the verge, and you listen to what people are saying..."

"I talked to your bankers," Barbara interjects.

After a labored pause, Trump squirms: "Well that's fine, and what did they say? You know depending on what banker you're talking to..." 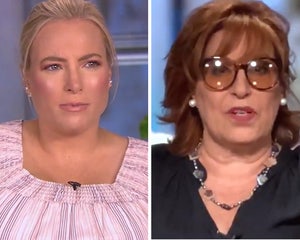 Meghan McCain Snaps at Joy Behar on The View: Don't Be So 'Snippy with Me'

Two years earlier, Trump had bought the Plaza Hotel in New York from the Westin group for a whopping $390million (the equivalent of $850million in today's money); another $50million of renovations saw it turn over a healthy operating income, but not nearly enough to cover the massive debt.

By 1992 the company Trump set up to operate it was declared bankrupt, the fourth of six times he would file one.

While the President has previously boasted about using corporate bankruptcy as a business tool, he has never filed for a personal one, insulating his personal fortune from any business dealings that go awry.

Either way, Twitter was in awe of how the unflappable Walters dealt with the property magnate, even if he didn't quite have the power of the Oval Office behind him back then.