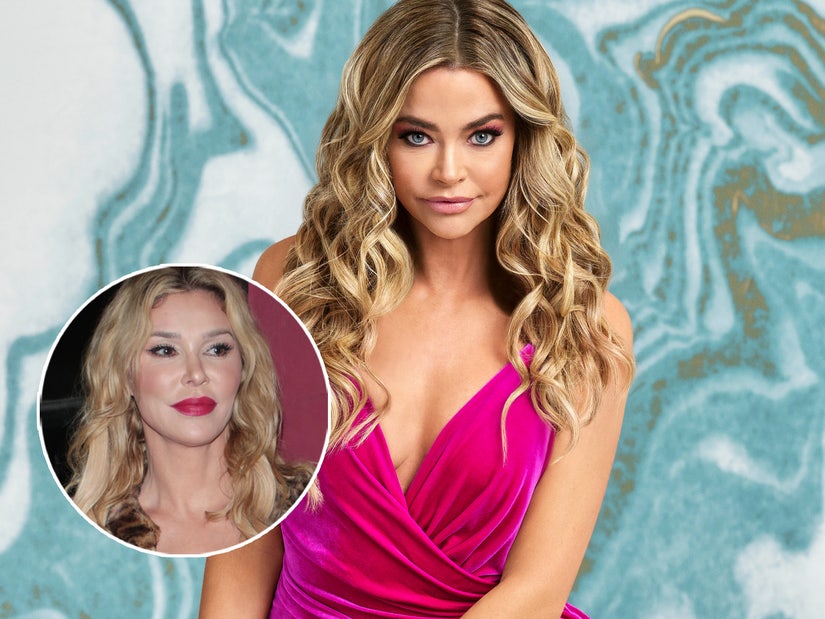 Denise Richards reacted to the explosive "The Real Housewives of Beverly Hills" episode that had Brandi Glanville's long-awaited allegations revealed.

During Wednesday's show, Brandi got together with Kyle Richards and Teddi Mellencamp-Arroyave to spill the tea on how Denise allegedly talked trash about the other Housewives and that Denise treated Brandi like she "never existed" after the two allegedly hooked up.

Taking to Instagram after the show, Denise -- who has denied hooking up with Brandi -- appeared to sum up her feelings with a photo of herself promoting the episode on Instagram with the caption, "I really don't have the energy."

Denise then responded to a fan who asked why her "RHOBH" co-stars were attacking her this season and "lying" about her.

"I guess they needed someone," the 49-year-old actress replied. "I was an easy target with some things I shared last season."

When another follower commented about being disgusted at the treatment of Denise, she wrote, "Thank you... definitely a different season for me. But my family is happy and healthy & that's what really matters."

As for Brandi, the former model had some things to say on Twitter in an attempt to defend herself against people claiming she was lying about the Denise allegations.

"IM NOT F--KING LYING - just keep watching  - f--k," she posted, later alleging, "Yes, I honestly held my tongue for 9 months we hooked up twice she completely f--ked me over."

Yes, I honestly held my tongue for 9 months we hooked up twice she completely fucked me over

Literally on both my boys lives I’m not fucking lying !Why don’t we ask our mutual agent !!???

A few hours after, she tweeted, "Literally on both my boys lives I'm not f--king lying !Why don't we ask our mutual agent !!???"

Even Teddi's father -- John Cougar Mellencamp -- was part of the social media circus as he appeared to throw shade at Denise.

In the episode, Brandi told Teddi that Denise allegedly said she doesn't like Teddi "at all."

Got my sense of humor from my dad's shadow. #RHOBH pic.twitter.com/oH3uahIwtZ

"You're obnoxious," Brandi claimed Denise said of Teddi. "You'll do anything to be in this group because you've lived under your dad's shadow your entire life. It was just mean."

After the show, Teddi posted a screenshot of her texts with her father which showed John writing, "I know you are busy living in my shadow but... Denise Richards -  never heard of him" as Teddi replied, "You know who DENISE is dad. She is the girl who mentions Charlie Sheen every episode."

Teddi captioned the screenshot, "Got my sense of humor from my dad's shadow. #RHOBH."

And last night on "Watch What Happens Live," Dorit Kemsley reacted to the bombshell allegations by Brandi.

"It's shocking information," she told host Andy Cohen. "At least hearing it from [Brandi], it gave me a chance to kind of hear it from her voice because I hadn't really heard it from her before I heard it from the girls."

"But it doesn't make it any less shocking."