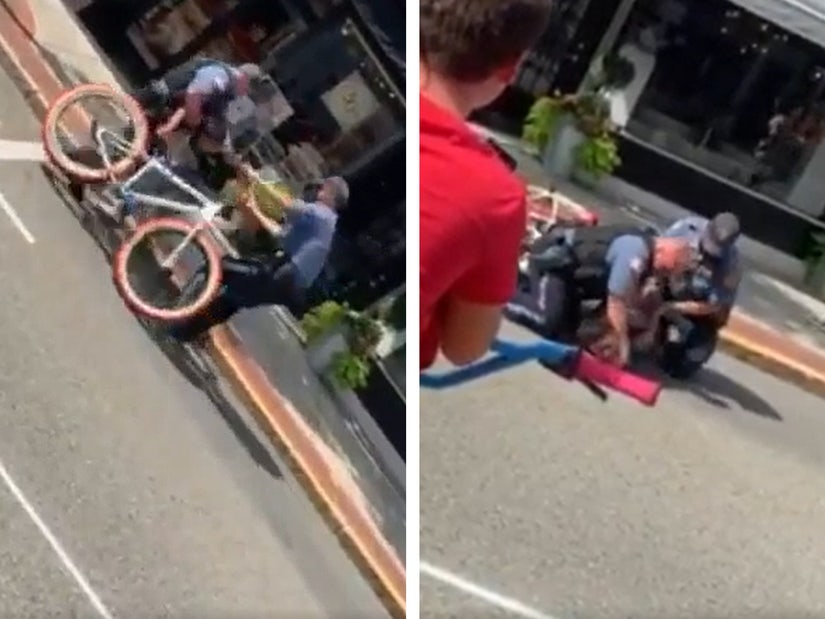 He was allegedly disrupting traffic.

In a statement to TooFab, Ridgewood Police said on Sunday it was observing a large group of bicyclists "obstructing traffic and causing safety hazards to passing motorists and to themselves."

They attempted to stop them using police and sirens, as well as verbal commands and the public address system, but the group continued to elude them.

After making their way to Ridgewood where the streets were closed off to traffic for an event, police stopped the group to speak with them about bike safety and their conduct.

"One bicyclist disregarded the safety of others and began to pass the Officer and the Officer was speaking with the group. After some conversation, the Officer advised that bicyclist that he was going to be issued a summons by the Officer."

Ridgewood PD confirmed the boy was 15 years old. He was taken to police HQ, issued four summonses for motor vehicle violation — despite not yet being old enough to drive one.

The statement did not mention the neck grab; but because it reviews "every use of force" the incident is under active investigation and has been referred to the Internal Affairs Unit.

Two New Jersey police officers were filmed apprehending a child on a bicycle on Sunday.

Video of the arrest in Ridgewood sparked angry debates online, with many branding it ridiculously heavy-handed, while others felt the boy deserved it for allegedly disrupting traffic.

The 45-second clip shows one officer pulling the handlebar of the boy's bike from him, as the boy slowly backs away, holding onto it. 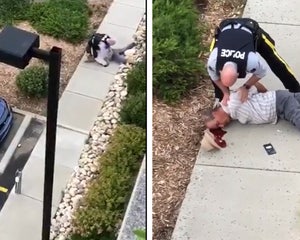 A second officer then swiftly approaches from behind, out of view of the child, and appears to grab him with both hands around his throat.

Yikes, this happened in Ridgewood, NJ today, after a group of teens were biking and doing wheelies in the streets. Unclear of any charges. @Rpdnj @NJGov @News12NJ @CBSNews @NBCNews @CNN pic.twitter.com/8AltZtEAMk

Was it really necessary for these Ridgewood NJ cops to treat a KID like this?? They are teenagers for God’s sake riding bikes. The kid is yelling about his arm, he clearly is not resisting arrest, why is it taking 2 cops on top of this child to try and arrest him? pic.twitter.com/kKr0l4xq6W

His friends gasp and shout in protest, while the boy himself, with a forearm pressing his neck into the asphalt, cries in pain, begging them to take their weight off his stomach.

They cuff him and drag him back to his feet, but the boy seems to have trouble standing, before the video cuts.

One commenter who claimed to be from the town said a "couple dozen" kids on bikes had started blocking traffic three towns away, before making their way to Ridgewood where they ran into police.

A news photographer on the scene shortly afterward said the incident involved a "flash mob" group of bicyclists.

"No police officers were injured in the incident," he wrote on Facebook. "A police supervisor reported that the individual taken into custody was likely a minor."

"He was transported to Ridgewood PD headquarters for processing. Police at the scene did not reveal what charges would be pressed."

TooFab has reached out to Ridgewood PD for comment. 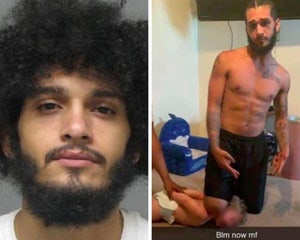