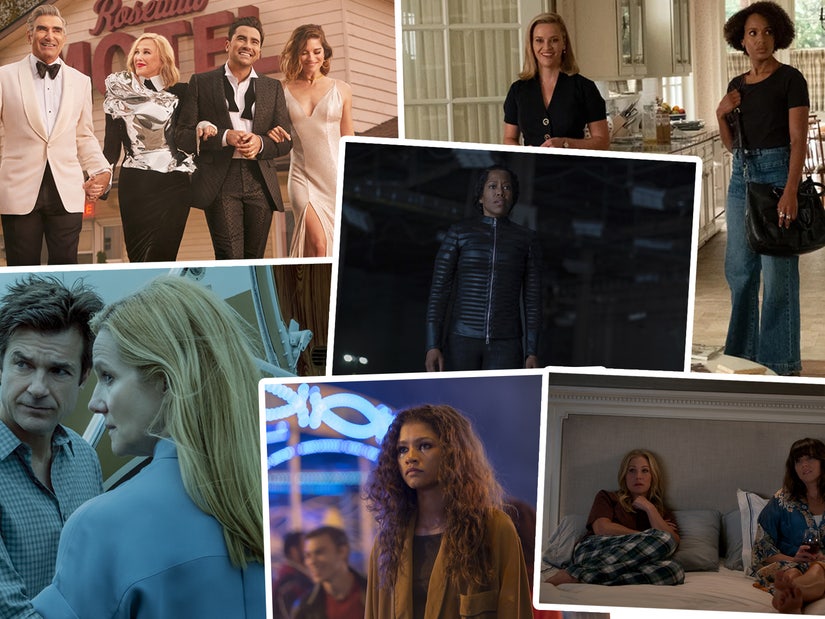 Without Game of Thrones this year, there was a bit more space in the race for new shows.

The nominations for the 72nd Annual Emmy Awards, honoring the best in television, were revealed on Tuesday morning.

Reimagined as a "virtual event" amid the COVID-19 pandemic, "SNL" star Leslie Jones, "Orange Is the New Black" alum Laverne Cox, Tatiana Maslany of "Perry Mason" and Josh Gad were tapped to announce the nominations -- with Cox nabbing a nom herself during the presentation.

For a list of snubs, check out the gallery above.

Following their series finales, the 2020 ceremony is the last time shows including "Modern Family," "Schitt's Creek," "The Good Place" and "Homeland" are eligible. And with shows like "Game of Thrones," "Veep" and "Fleabag" ending their runs ahead of last year's telecast, some new names also made the cut this year.

HBO's "Watchmen" picked up the most nominations of any project -- with the limited series picking up 26 noms total. Close behind was "Marvelous Mrs. Maisel" with 20, "Succession" and "Ozark" with 18 apiece and "The Mandalorian" with 15.

"Schitt's Creek" did really well, picking up 15 nominations as well, including Outstanding Comedy and acting nods for its four central stars.

Other notable noms: Brad Pitt for playing Dr. Fauci on SNL, Zendaya getting her first nomination for "Euphoria," a posthumous nom for Fred Willard on "Modern Family" and a first Comedy Series nom for "Insecure."

Jimmy Kimmel is confirmed to host this year's awards, which are scheduled to air September 20 on ABC. At this point, it's unclear whether the show will be virtual -- like the Daytime Emmys -- or if some kind of in-person ceremony will be possible amid the ongoing pandemic.

Sterling K. Brown, This Is Us

Ron Cephas Jones, This Is Us

Cicely Tyson, How to Get Away with Murder

Phylicia Rashad, This Is Us

What We Do In the Shadows

Christina Applegate, Dead to Me

Linda Cardellini, Dead to Me

Octavia Spencer, Self Made

Mark Ruffalo, I Know This Much Is True

Outstanding Host for a Reality-Competition Program

The Hosts of Queer Eye

The Hosts of Shark Tank