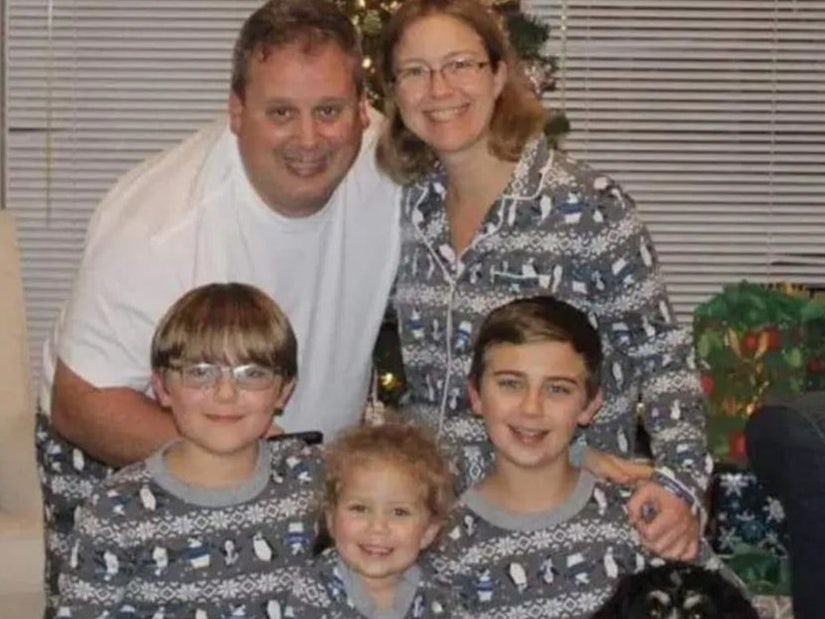 Todt, who was indicted on four counts of first-degree murder, lived in the family's Celebration home for weeks with their corpses.

A man who is accused of slaughtering his family is claiming his wife killed their kids and then herself.

Anthony Todt, 44, was indicted in February for the first degree murder of his 42-year-old wife Megan and their three children Alek, 13, Tyler, 11, and Zoe, four, at their Celebration home in Florida, where he lived with the corpses for weeks.

But in a letter to his father from jail, Todt claims it was Megan who drugged the children with a "Benadryl/Tylenol PM pie", before stabbing and suffocating each one.

The chilling 27-page letter, obtained by the Orlando Sentinel, then claims Megan herself drank a family-sized bottle of Benadryl before fatally stabbing herself in the abdomen, so she could "be with my babies."

Two days after his arrest in January, Osceola County Sheriff's Office announced Todt had confessed to all four murders. But in his letter to his dad, he claims he is "10000% per cent INNOCENT of all these preposterous charges", that police only arrested him "to score a big win" and that he was just waiting to sue "the creative writing machine" — the news media — when he is released.

"I would have called a press conference months ago, but I was told by my attorneys, who happen to be some of the best in the state, that that was not the appropriate way to handle the case," he wrote. "So I just sit in idle, making a list of lawsuits [for] when I get out."

In his letter, he maps out what led to the deaths, claiming that his wife was plagued with a range of illnesses such as lyme disease and depression, with good days and bad. The day of the killings however, started as a "phenomenal" day.

She woke up without pain for the first time in months, he said, and the family spent time together.

After dinner he went to do "maintenance tasks", including retrieving a Mickey Mouse necklace that Zoe had left at another condo they owned nearby; he intended sleeping there but was forced to return home after realizing he forgot his tools.

Back at home, he said he found his sons playing basketball and joined them for a game, until he sent them in when it got dark

"They said mom was preparing dessert and was I going to join them," he wrote. "I said 'no' as I was trying to lose some weight, etc."

He said he returned to the condo where he intended taking a "small siesta" in his car; however he woke with a start around 4am, realizing he was late for his therapy session with his wife, before rushing home "fearful of the scolding." 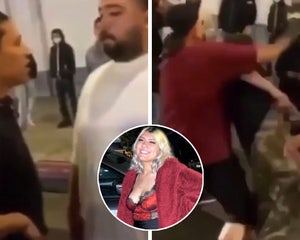 There he said he found the remnants of the dessert, which "looked very good, as all my wife's desserts were, but smelled horrible"; "turns out it was a Benadryl pudding pie."

Making his way upstairs, he said he found his wife at the top, which is where she confessed to killing their children.

"At the news of this I ran to the bathroom and puked — I was weak," he wrote.

He said he found their bodies in their beds, with no signs of a struggle. He then wiped their faces with a wash cloth and "worked to make them look more comfortable."

As he did so, he said Megan calmly checked on him to see if he was okay.

"No... you murdered our children," he said he told her; "I released their souls," she allegedly replied.

In the letter he also described chaotic scenes as she then allegedly turned the knife on herself; he said he begged her to let him call for help, but she begged him to let her die, insisting "I have to be with my babies."

He said he couldn't find any phones either way, adding he attempted CPR "until I physically couldn't anymore."

After she died, he said he moved all the bodies to a bedroom and laid them "in comfortable sleeping positions" and covered them "for warmth and protection", placing rosaries in their hands — which is how police found them in January, when they came to arrest him on an unrelated alleged insurance fraud scheme.

Investigators believe he stayed in the house in the idyllic Walt Disney-built neighborhood with the bodies for at least two weeks. 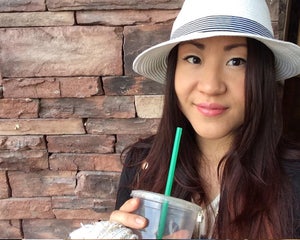 He wrote in his letter that he attempted suicide several times — "yet another thing I sucked at" — spending the next weeks in a barely-remembered haze until the police turned up.

The addressee, his father Robert Todt, was also convicted of trying to kill Anthony's mother in 1980.

He served ten years in prison for a murder-for-hire plot, after paying one of his student's to kill her.

Todt senior — who still denies the crime — was having an affair with another of his students at the time, which is why he wasn't there the night his wife was shot in the head. The bullet went through her skull and into her left eye, blinding her — but she survived.

Anthony was asleep in the house the night of the attempted murder, waking to his mother's screams.

"I offer you forgiveness for not being there to protect us that night, March 19, 1980," his son wrote in the letter. "Although we were both not there [on] our respective nights in question, for different reasons, I cannot forgive myself if I don't first forgive you."

The Sentinel also revealed that in the letter, Todt told his father that he intends starting a non-profit in his family's memory called MATZB2019: Alive and at Peace", an acronym of all the dead members of his family — including dog Breezy who was also slaughtered alongside them.

"I know that I need to work on the name," he added.

The State Attorney is pushing for Anthony Todt to be executed.