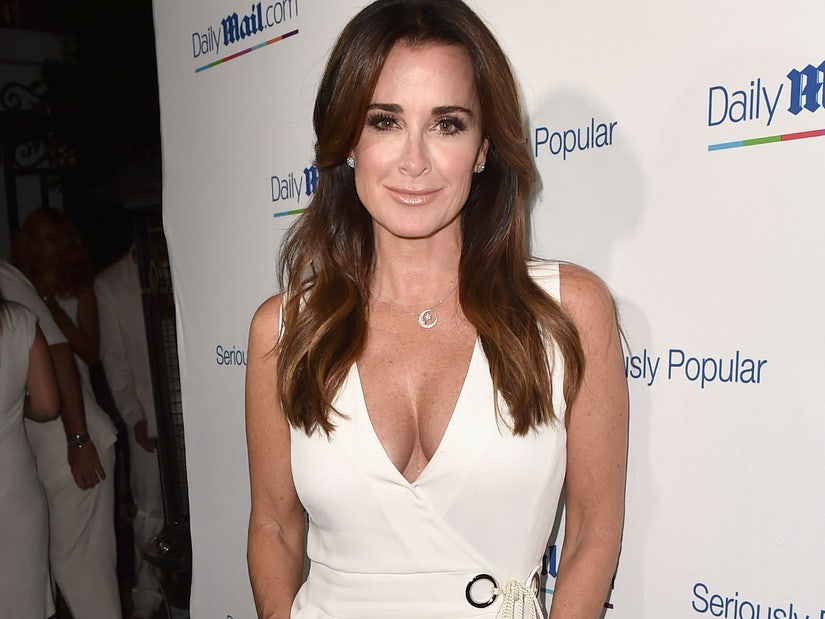 "When I was asked to do #RHOBH I was nervous to accept doing the show because I was worried this photo would surface."

On Monday, "The Real Housewives of Beverly Hills" star posted a throwback nude photo of herself as part of the black-and-white photo women's empowerment challenge on Instagram.

"I struggled to post a photo because I didn't understand what's so 'challenging' about posting a black and white photo of ourselves," Kyle began in the caption. "But so many of the wonderful women in my life messaged me "challenging" me ( I tagged them) So I decided to post this picture."

"About this picture...I took this picture for my husband for Valentine's Day one year," Kyle, who's married to Mauricio Umansky, continued. "I was nervous to take it and then when I was asked to do #RHOBH I was nervous to accept doing the show because I was worried this photo would surface. I thought it was THAT risqué!! How scandalous! 🙈😂"

She wrote, "I am proud to come from a family of all women, fortunate to be surrounded by such amazing women in my life and to be the mother of 4 incredible women and soon to be woman ( Portia) Thank you to all the women that support me & love me. I love, support & appreciate you 🙏❤️ #challengeaccepted."

In the post, Kyle called on several of her "RHOBH" co-stars to participate in the Instagram challenge, including Lisa Rinna, Erika Jayne, Teddi Mellencamp-Arroyave and Dorit Kemsley.

Kyle joined "The Real Housewives of Beverly Hills" when the series began in 2010. She is the only Beverly Hills Housewife to appear as a main castmember in all 10 seasons.

The reality star's post comes almost a week after one of the most explosive episodes of "RHOBH" to date, in which Brandi Glanville's long-awaited allegations about a rumored hookup with Denise Richards were revealed.