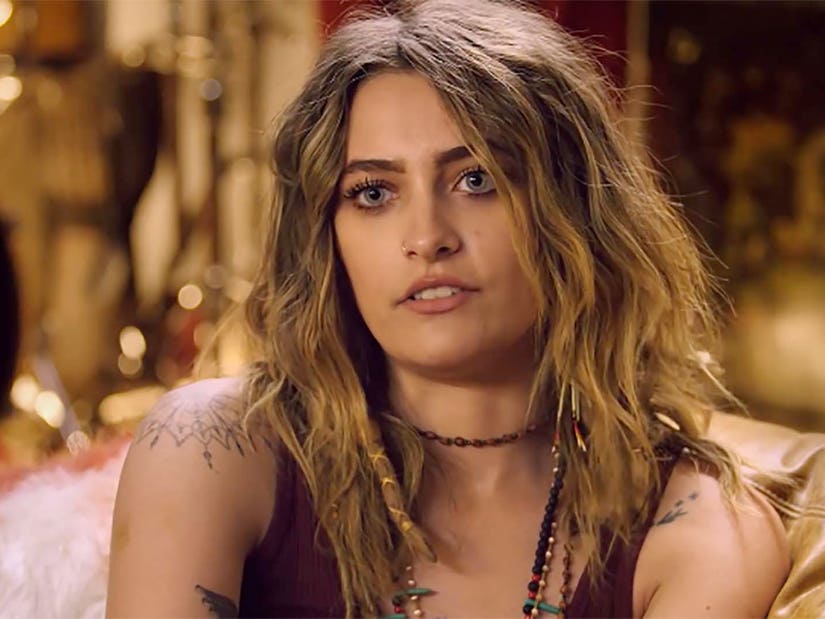 Jackson tries to make a name for herself, as she and her boyfriend open up about bonding over their abandonment issues.

Being the daughter of the King of Pop comes with a unique set of expectations, something Paris Jackson struggles to overcome in the latest episode of her Facebook Watch series, "Unfiltered: Paris Jackson & Gabriel Glenn."

For Paris, it's about forging her own path with her boyfriend as The Soundflowers, an indie band whose sound is completely different from anything her dad ever made.

"My dad was the king of pop, rock and soul, but he didn't do soul," explained Paris in Tuesday's episode. "Which is funny because I am being a musician, which is expected, but I'm doing a genre that's not expected. I'm not going to pretend it's easy."

Glenn said he knows his girlfriend faces the "pressure of everything that came before her," referring to not only her dad but her entire family's legacy in the music business. "But P's more than her last name is and who her father is," he added.

Jackson's publicist, Elliot Mintz, also said his job "would be a whole lot easier" if the band somehow incorporated the name Jackson into their name. "We could fill a lot of places that way," he explained, "That's not something she wants. She wants to make it on her own. The question remains: what if nobody shows up?"

Mintz also said that, because of her who father is, she has "very clear clear perceptions of what international fame implies."

"Her father is the greatest performance artist of our time. But all that money, all that attention, all that fame, all that power does not buy you a lifetime of joy and happiness," he added. "So is she a little bit hesitant and a little bit frightened of the expectation? Yeah. I think that's a reasonable conclusion to come to." 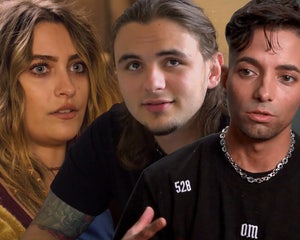 The latest episode follows the duo as they embark on their first tour, a small collection of shows in Northern California. At their first gig, it's clear something just doesn't click -- as the audience doesn't respond with the enthusiasm they hoped for and they just feel off as a couple.

Jackson admitted she does "get anxious playing in an intimate setting," but explained that she always hopes to "become a better musician every day" through the tour.

"It's tough, because I’m baring my soul with my music," she said. "It's very, very vulnerable." Though she said the first performance "wasn't great for me" and Gabe seemed frustrated with the situation, they looked at it as a learning opportunity.

"Obviously, the last thing you want to hear your first time doing it is, ''Oof, you need some work, you need to work on that.' But they're right,'" she said. "I really did need to work on it, or else I'm going to sound like shit. If I don't get any feedback, how am I going to get any better? You can't grow if all you're getting is a bunch of yeses."

She added it's the "criticism that creates growth." 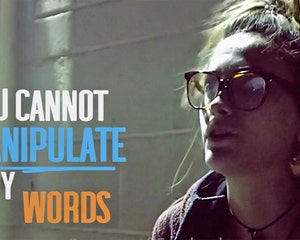 As Gabe struggled with their lackluster first show, the two both opened up about their bond as a couple -- something strengthened by their shared past traumas. Admitting he can be "flighty," Glenn said that behavior triggers abandonment issues for Paris.

"We both have abandonment issues," he said. "I think for P, her abandonment comes from her father's passing. It's something that we come together on, because it's a shared trauma we both have."

"I crave affection and attention, but it has to be with someone that I'm tight with," she added. "I like to think that we're just the same level of damaged, but instead of wallowing that darkness, it's like cool we can move forward together, side by side and we can get through anything now because we're not alone anymore."

After a few of the later shows on their tour were far more successful, Jackson said she was able to get past her initial "jitters."

"Music for me has always been vulnerable. I don't think that's changed but the willingness to share it has," she said after a good show. "Sometimes it's tough, because I'm baring my soul with my music. But I want to grow ... I want to become just better at what I do in life, in general."

"When you make music you already feel like you're standing on the shoulders of giants and it feels like my father-in-law is the biggest giant of all," added Gabe. "But her confidence of being a musician and being on stage has definitely strengthened being on tour."