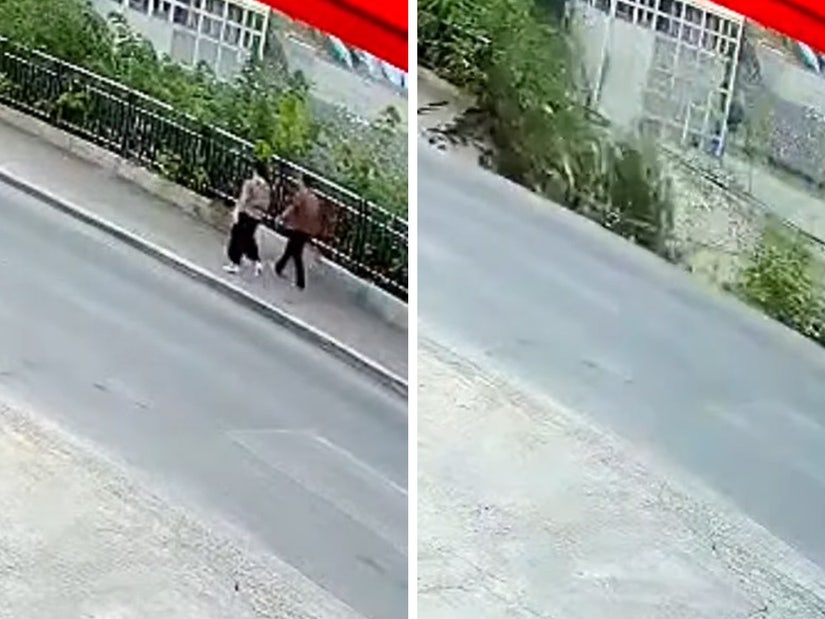 Within seconds, the pedestrians and pavement disappear.

Two people were swallowed into the ground after the pavement they were walking on collapsed in southern China on Monday.

Security video near a bridge in the Wulong District of Chongqing shows the shocking moment the two pedestrians find themselves plummeting downward as the sidewalk crumbles under their feet in mere seconds.

A few moments later, bystanders ran out from a store across the street to investigate.

Another video shows a close up of the fallen sidewalk as people can be heard shouting in the background.

With the help of firefighters, the pair were rescued and taken to a local hospital, according to news reports.

The woman reportedly suffered injuries after her foot was crushed by a stone while the man had head wounds.

The cause of the collapse is under investigation. 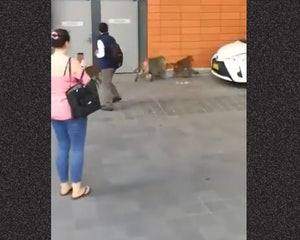 Watch Baboon Escape From Vet With His 'Two Wives' Before Vasectomy