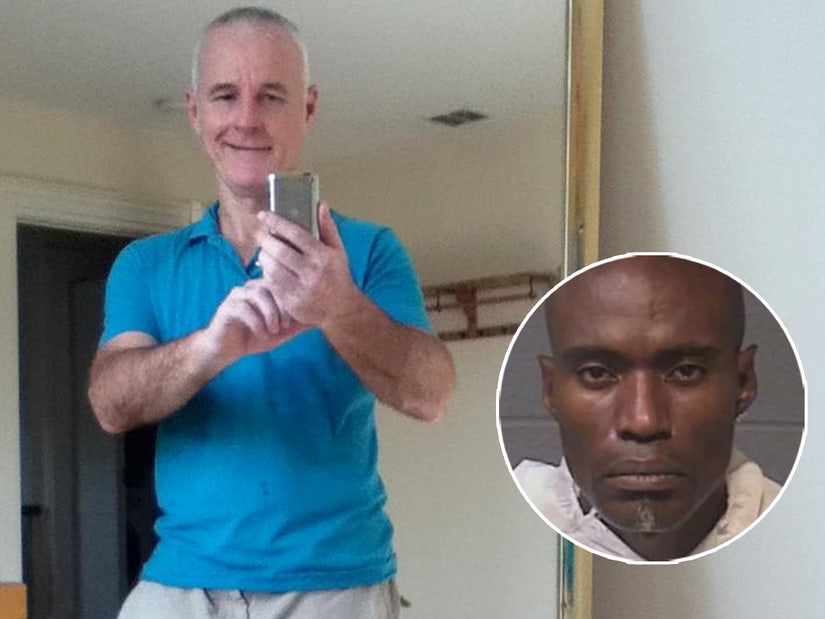 The victim had told police he'd been threatened with the sword the day before his head was cut off.

A man charged with decapitating his landlord is refusing to talk to police because he is a "sovereign citizen".

Jerry David Thompson, 42, faces murder charges after the headless body of Victor King was discovered at his home on Asylum Avenue in Connecticut.

According to an arrest warrant obtained by the Hartfort Courant, 64-year-old King had leased a room to Thompson, and the two had a dispute over unpaid rent.

On Saturday, King reported to Hartford police that Thompson had been waving the sword at him.

When police and firefighters forced their way into King's home they found it covered in blood, and the owner's headless and badly slashed body wrapped in bedding.

They immediately tracked down the tenant, who they found pulled over by the side of a road. But when they brought him back to police HQ for questioning, he refused to say anything.

Eventually he handed investigators a note which read: "paper in glove compart in Jeep is all you need." 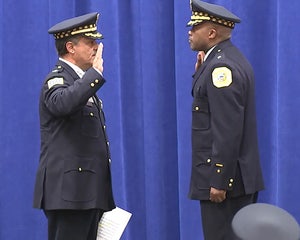 Inside, police found documentation indicating Thompson considers himself a sovereign citizen, a group of people who do not recognize federal law, US currency or taxation. They are considered domestic terrorists by the FBI.

Records show Thompson has previous convictions for assault and robbery.

At an arraignment on Tuesday, he was held in lieu of $2 million bail, and is due to appear in court again on August 18.

The victim's cousin Jim Banks told the Courant that King, who won a national bridge championship in 2016, was a kind and gentle person who "would never hurt a soul."