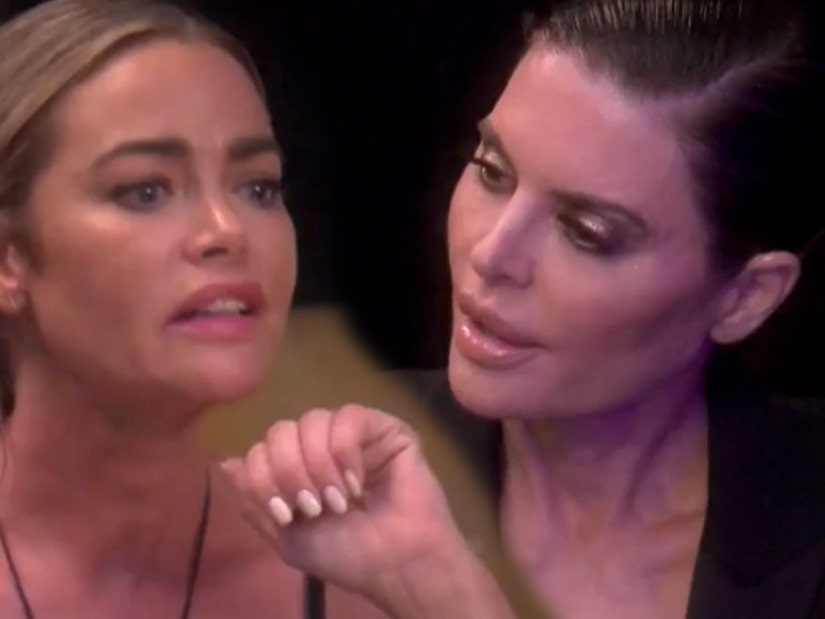 The drama is far from over during the group's trip to Italy.

Denise Richards says she isn't the only person on the "Real Housewives of Beverly Hills" cast Brandi Glanville claims to have hooked up with.

In a promo for next week's episode, Denise -- who has so far denied ever having sex with Glanville -- claims Brandi told her about another supposed tryst.

"I will tell you, Brandi said that she has had sex with some of the people from this group," Denise hits back.

Kyle Richards then asks, "Someone at this table right now?", to which Denise says, "Yes." All eyes then dart to Lisa Rinna, as the promo ends.

Elsewhere in the sneak peek, Denise also sits down with Rinna and confirms she did at least speak with Brandi about "the things the group is saying behind my back" -- after denying the two were close at all on Wednesday's episode.

On Wednesday, Teddi confronted Denise with all of Brandi's allegations -- including the nasty comments Richards allegedly made about the rest of the cast and details about their alleged affair.

Denise was blindsided by the conversation, denying she said anything bad about the other women and everything Brandi claimed about them hooking up. She then asked Bravo not to use any footage of Glanville's claims and threatened to quit the show if it aired.

Get the full recap here.