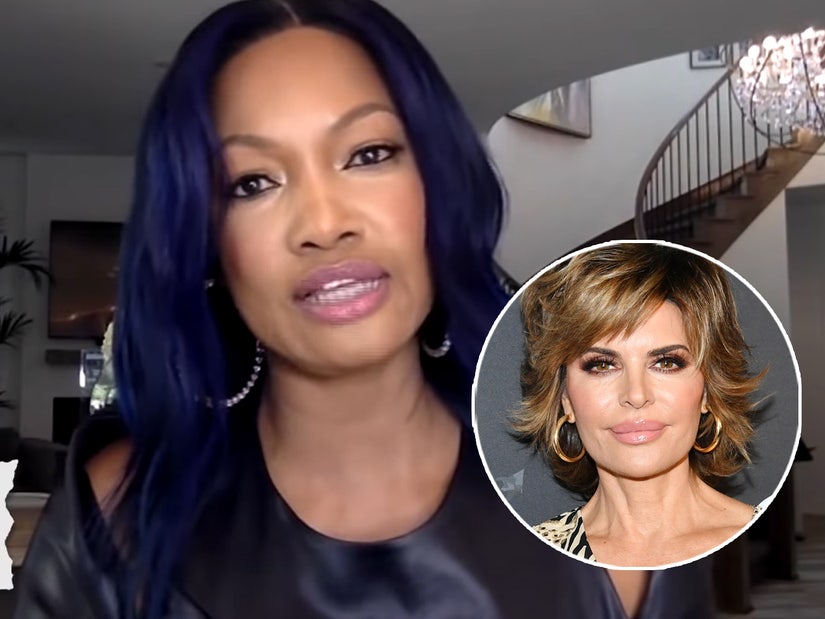 She and Sutton Stracke also reveal whether they believe Brandi's claims -- and how they felt being iced out of a post-reunion gathering with the cast.

The two newest members of the "Real Housewives of Beverly Hills" cast were grilled about their first season of the show while appearing on "Watch What Happens Live" Wednesday night.

Both Garcelle Beauvais and Sutton Stracke were guests, following the latest episode of RHOBH -- where they were asked all about Brandi Glanville's claims she and Denise Richards hooked up, what their first reunion was like and whether they had any regrets when it came to doing the reality show in the first place.

The cast recently filmed the Season 10 reunion, which both women said was quite the experience.

"Exhausted" is how Beauvais said she felt after filming. "I was drained, I was shocked. It was a lot, it took me two days to shake it."

Sutton said it took her just as long to recover, before Garcelle pointed out that neither of them were invited to the "impromptu get together after the reunion" with Erika Jayne, Teddi Mellencamp-Arroyave, Dorit Kemsley, Lisa Rinna and Kyle Richards (below).

Cohen also asked why Beauvais unfollowed Rinna after they all taped the reunion.

Saying filming "was a lot for me," Garcelle clearly didn't approve of Rinna's behavior during taping.

"I just felt like she was, the stakes were too high for something that really was between Denise and her husband," she explained. "It just seemed too much for me."

That, of course, brings us to Brandi's allegations she had an affair with Denise. Glanville claims Richards told her she and husband Aaron Phypers had an understanding where she was allowed to hook up with women -- but after they allegedly had sex, Denise told Brandi she could never tell her husband what happened.

While Richards has continued to deny anything sexual happened between the two, Cohen asked Garcelle and Sutton whether they believed Brandi's claims.

Shaking her head no, Beauvais said, "I didn't believe it."

"For me, I thought consider the source," she continued. "If it had been someone else who was a little more credible, I would have been like, okay, maybe. But I thought, no, I didn't believe it right away. I still don't."

That being said, they both believe Denise could have made nasty comments about the women -- as Brandi claimed Richards said Teddi was desperate to fit in with the women to get out of her father's shadow, called Erika a "cold-hearted bitch" and said she didn't like Rinna.

Lastly, Garcelle was asked whether she had any regrets about joining the show this season.

"I am glad I did it," she said. "It definitely challenged me, it made me grow. When I don't like things that are uncomfortable, I try to shy away sometimes. But yeah, I had a ball."

"Thank you for having me, it's been really cool," she told Andy.