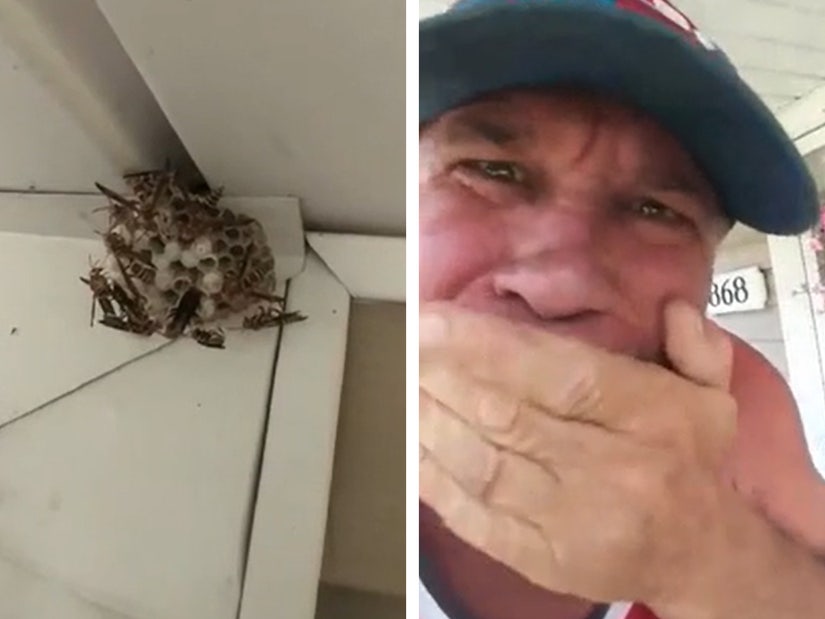 "That's who I want on the front lines."

An unsettling new video is causing quite a buzz on Reddit.

The 47-second clip, posted most aptly in the "WTF" subreddit, shows a man grabbing a hornets nest with his bare hands... and eating it.

The unidentified man appears to have either been dumped by or cheated on by a partner, as he appears to make rather unsettling threats to his unnamed rival. 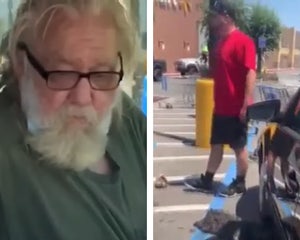 The video opens with a cellphone camera zoomed in on the nest built above a porch, swarming with several of the stinging insects, before panning back to the man's deadpan expression.

"You wanted him bitch? That who you really wanted? You sure about that?"

The camera pans back up to the nest... before the man's bare hand suddenly slams down on top of it, cupping the insects inside.

My buddy is a maniac... Just watch from r/WTF

He then crushes it in his fist, pulling it off the wall, wincing as the surviving insects presumably sting him several times.

He brandishes the seeping mess in his clenched fist, liquid from the mulched hive trailing down his forearm — but he is not done yet.

He then stuffs the mush of dead and dying hornets into his mouth, chews and spits it back at the camera.

The video — entitled "My buddy is a maniac... Just watch" — has already received 65k upvotes.

One person in the comments claimed that the technique was one occasionally used by construction workers — minus the eating part.

"Speaking from experience, when you're 20 ft up a ladder installing fascia on houses, this is the quickest way of dealing with these bastards," they wrote.

"Grab, crunch, and the most important part is THROW. Florida man got the latter instruction confused with EAT. Common mistake."

The video did not explicitly identify the man as from Florida, but it was an assumption many made.

Debate raged as to whether he was indeed from Florida or Texas, but the consensus was generally the former.

"Floridian here. It's probably us...." added another.

Some speculated the chewer must have been on meth at the time; nevertheless others declared: "That's who I want on the front lines."

Everybody agreed on one thing however: nobody wanted to be the guy who stole his girlfriend. 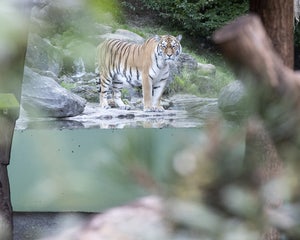