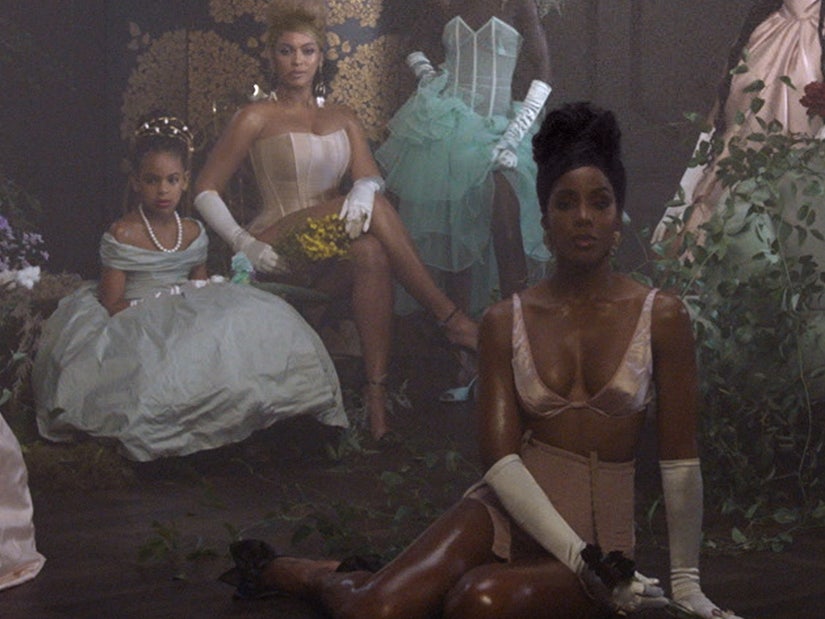 That incredibly loud buzzing online is the Beyhive going crazy as Beyonce finally dropped "Black is King" on Disney+.

Early Friday morning, the pop icon released the highly anticipated visual companion piece to her album "The Lion King: The Gift," which was inspired by the 2019 remake of the Disney film.

The 85-minute spectacle, described as a "celebratory memoir for the world on the black experience" in a press release, is a stunning cinematic feast for the eyes featuring a cavalcade of cameos including Jay-Z, Blue Ivy, Tina Knowles and more surprise A-list guests.

Without a doubt, Blue Ivy makes the most of her time on screen as she steals the spotlight throughout the film.

Just a reminder, yall got nothing on Beyoncé and Blue Ivy #BlackIsKing pic.twitter.com/Mk2ayYaBpH

One sequence has her sweetly cradled by her mother, another has her walking down a beach and in the next she's showing off her fierce dance skills. She's obviously learning from the best.

But the highlight from the 8-year-old prodigy comes during the “Brown Skin Girl” segment, where Blue Ivy boasts her vocal skills -- the same skills that contributed to the song's Outstanding Duo, Group or Collaboration win at the 51st NAACP Image Awards earlier this year.

In "Mood 4 Eva," Beyonce also takes the viewers into a gorgeous mansion where we find Jay-Z relaxing in an extravagant billiards room -- before momma Tina pops up in a lavish tea party in the garden.

And who's that sitting next to her... Kelly Rowland.

The star's 3-year-old twins Rumi and Sir round out the family appearances before more Black Hollywood heavyweights join in the epic art piece.

And to top it all off, Beyonce devotes "Black is King" to her only son as the film ends with the message, "Dedicated to my son, Sir Carter -- and to all our sons and daughters, the sun and moon bow for you, you are the keys to the kingdom."