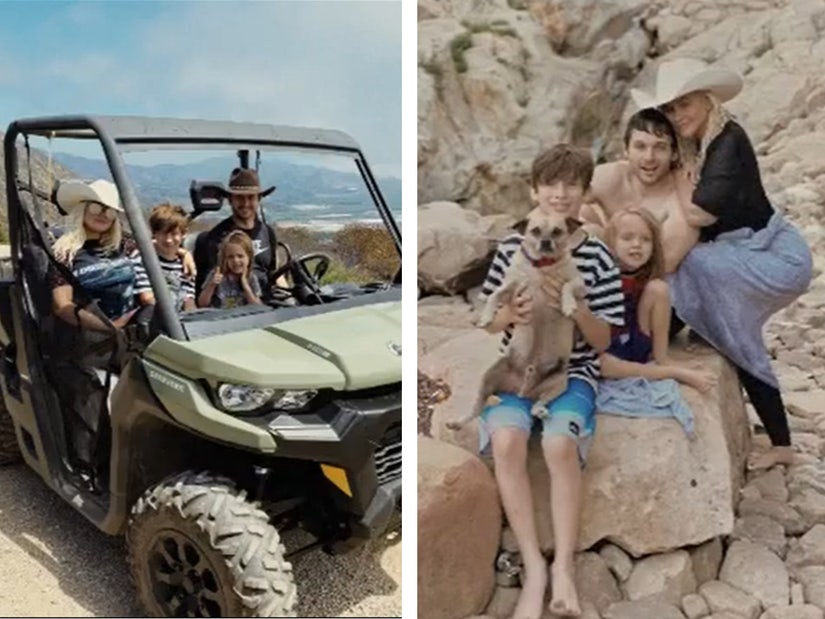 The singer, her man and her two kids recently took a trip to explore the great outdoors.

Christina Aguilera just gave Instagram followers -- all 6.9 million of them -- a rare look inside her private life.

Early Friday morning, the singer uploaded a video to her page showing photos and footage from a recent family trip she, partner Matt Rutler and her two children -- Max, 12, and Summer, 5 -- took.

The family apparently rented an Airstream and, according to Aguilera, "escaped into nature for a bit."

In the footage, the family is seen playing in a river, riding horses, all while enjoying the sights.

"The ones who make it all worth it," she captioned the video.

Aguilera, 39, previously shared photos of her and Max -- her son with ex Jordan Bratman -- rocking cowboy hats outside their temporary home.

Another series showed Christina and her other half taking in the view on a seaside cliff, while drinking wine and sharing some PDA.

"At the edge of the world and the view is sweet," she captioned the photo.

Aguilera and Rutler started dating in 2010 after meeting on the set of "Burlesque," on which he was an assistant.

The two got engaged in February 2014, before the birth of their daughter in August that same year.