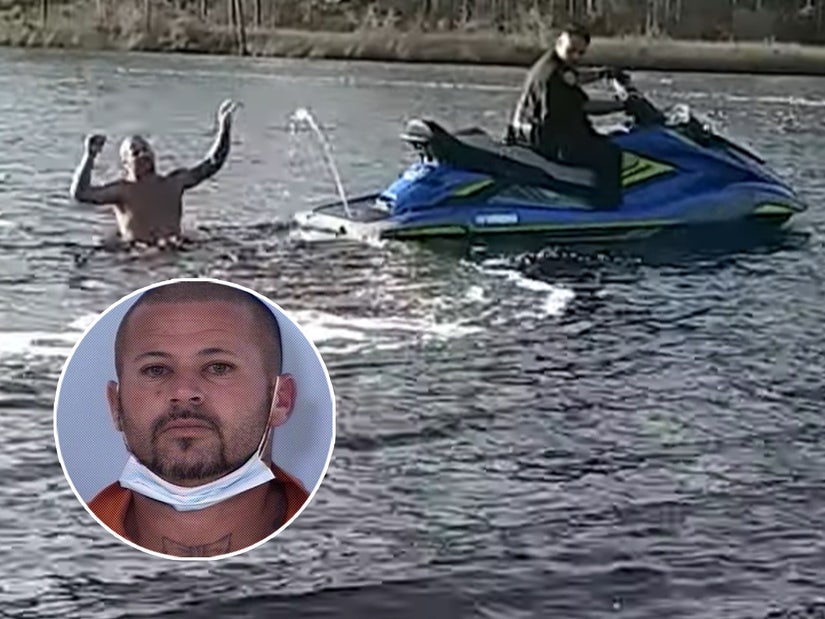 When trying to out-swim police — don't leave them your stolen jet ski.

Police chases are as American as eating apple pie while watching baseball in blue jeans.

But while the car and even helicopter versions are commonplace, one Florida Sheriff's department found itself in an unusual pursuit on Friday: on a jet ski.

Responding to a tip-off about burglary suspect Clyde Merrill Hunter, Walton County Sheriff's Office deputies descended on a Miramar Beach address he had been staying at for more than a week. 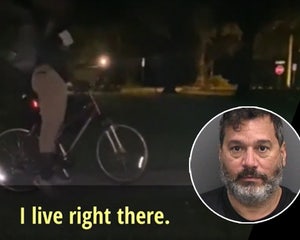 There they found numerous stolen goods in and outside the residence, including the registrations from two stolen waverunners hidden in the bottom of a bag of his clothes.

Hunter was then spotted fleeing the area on a jet ski into Choctawhatchee Bay; but officers tracked him as they drove along the freeway, as he headed into Hogtown Bayou and towards the Cessna Park boat launch.

Riding into the bay he dived off the jet ski and ran for the boat ramp; but he quickly realized the officers had cut him off.

Bodycam footage shows him fleeing back into the water in an attempt to swim off; however one of the quick-thinking officers commandeered the stolen jet ski himself, jumping aboard and chasing him down, corralling him before he got very far.

The video shows the shirtless and exhausted Hunter in neck deep water, being forced back to shore by the jet ski-riding cop, his hands in the air.

Hunter — who had an active felony warrant from Walton County for grand theft auto — had only just been released on July 23rd following charges of several vehicle burglaries, armed and unarmed; theft of a firearm; and theft of several motor vehicles.

"After he was released on bond, it appears Hunter continued his criminal behavior while on felony probation for his previous charges of grand theft," the Sheriff's office said.