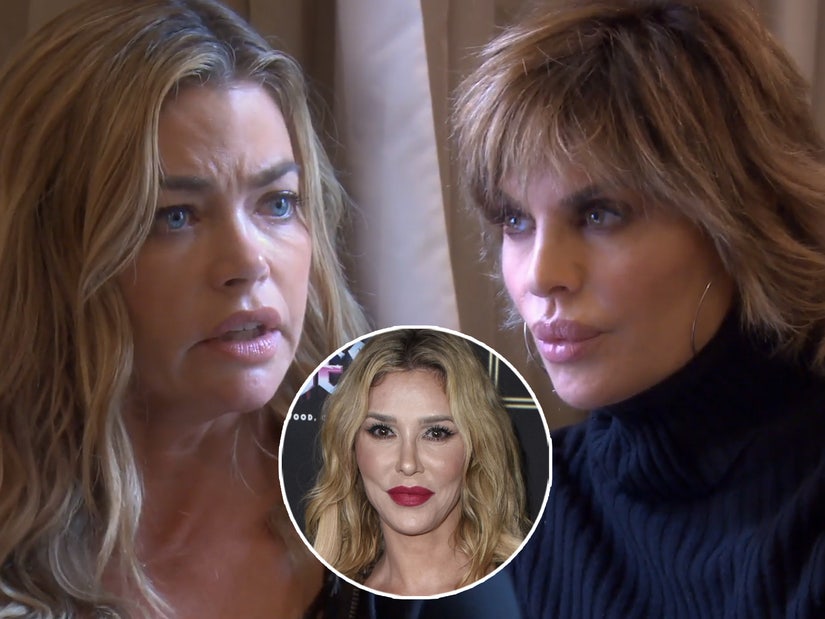 Richards starts to tell her side of the story when it comes to what went down between her and Glanville.

Did they or didn't they?

In a sneak peek at this week's new episode of "Real Housewives of Beverly Hills," Denise Richards sits down with Lisa Rinna to go over the hookup allegations made by Brandi Glanville.

Two episodes back, Glanville claimed she and Richards had sex -- and while Brandi said she initially believed Denise's husband Aaron Phypers was okay with the "Wild Things" star seeing women, she claimed Denise said he'd "kill her" if he found out following their alleged hookup; making Brandi feel like she was the other woman in an affair.

Denise was confronted with the rumors on last week's episode and blew up at production, denying everything and threatening to quit the show if the footage of them discussing the allegations ever aired.

In the preview, Denise -- seemingly in a much calmer state -- discusses Brandi's claims with Rinna, who says, "Tell me exactly what it all is."

"I've seen her a couple times in my life," Denise said of Brandi. "She wanted to do a podcast and I told her I was out of town, so she asked, could she come up and interview me and the cast."

When asked how long Brandi was in Northern California with them, Denise said, "I don't know. Actually, maybe a day. I think she stayed overnight."

Brandi claimed the hookup went down on her second night staying with Denise, while Richards' daughter and a friend were in another room.

"Have you tried calling her and saying, 'What the f--k are you doing?'" asks Rinna.

"Oh God no, I'm going to handle it though another way," replies Denise, appearing to reference the alleged cease and desist Glanville was later slapped with. "It's not cool. first of all, I do not have an open marriage and I have not cheated on my husband, okay?"

When asked why she believes Glanville made these claims, Richards replies, "Well, for shock value."

She then addresses other allegations from Brandi, who claimed Denise talked smack about all her costars behind their backs. Teddi Mellencamp-Arroyave was specifically angry with Richards allegedly saying she was desperate to get out of her father, John Mellencamp's, shadow.

"What I got from all of it, was Teddi being upset I said all these things about her and I did not," says Denise. "Anything that I felt about Teddi, I've said to her face."

She then said Brandi told her the other women were actually talking about her behind her back. Rinna appeared shocked to see Denise admit to speaking with Brandi about them at all -- the clip ending with her asking, "So you talked to Brandi about it?" 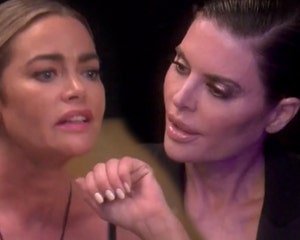