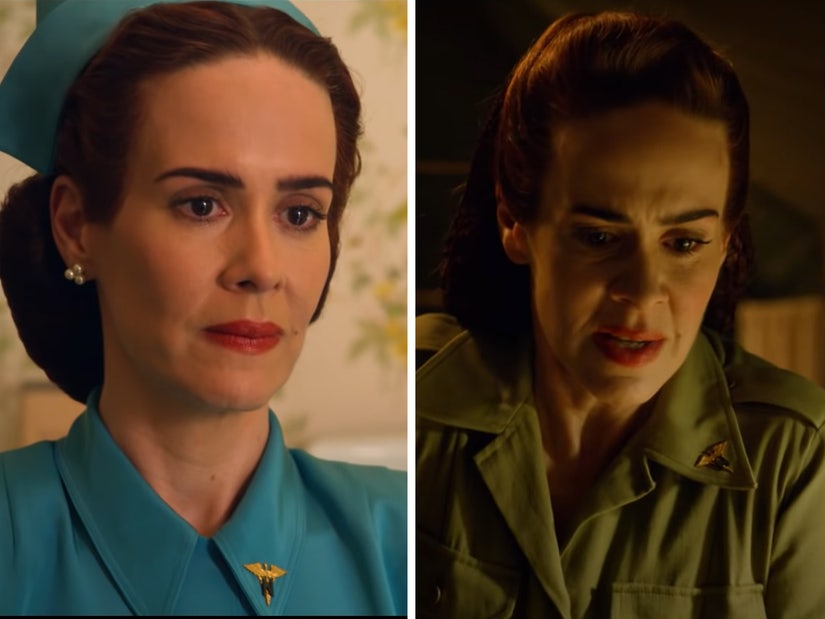 The actress plays the iconic nurse from "One Flew Over the Cuckoo's Nest."

Netflix dropped the first trailer for "Ratched" on Tuesday and it's just what the doctor ordered for rabid Ryan Murphy fans.

The uber-producer is bringing the origin story of the iconic villainous character of Nurse Mildred Ratched from Ken Kesey's "One Flew Over the Cuckoo's Nest" to the small screen, as Sarah Paulson prescribes a dose of camp and horror in the titular role.

"You deserve someone to show you mercy," Ratched says while treating a patient. "How different I would be if someone had."

The clip opens with Ratched arriving to a Northern California psychiatric hospital in 1947 after serving in the armed forces.

"We had a saying in the Corps -- save one life and you're a hero, save a 100 lives -- well, then you're a nurse," Ratched explains in her briefing.

From there, the mysterious Ratched has run-ins with Dr. Hanover (Jon Jon Briones), who oversees the place, and her new archenemy Nurse Betty Bucket (Judy Davis), who better be careful when stealing peaches from her vengeful co-worker.

Electroshock therapy, hydrotherapy, lobotomies and other gruesome treatments showcase the caregivers delight in attempting to "cure" their patients.

"I know how you feel right now -- told that you're mad, when that's what's driving you mad," Ratched says as the trailer climbs to a blood-soaked crescendo.

And check out Sharon Stone as Lenore Osgood, an eccentric heiress with revenge on her mind... and a pet monkey on her shoulder.

In the 1975 film based on Kesey's novel, Louise Fletcher won an Oscar for playing Nurse Ratched opposite Jack Nicholson.

Looks like Paulson may be a shoo-in come awards season as well.

"Ratched" will debut on Netflix on September 18.