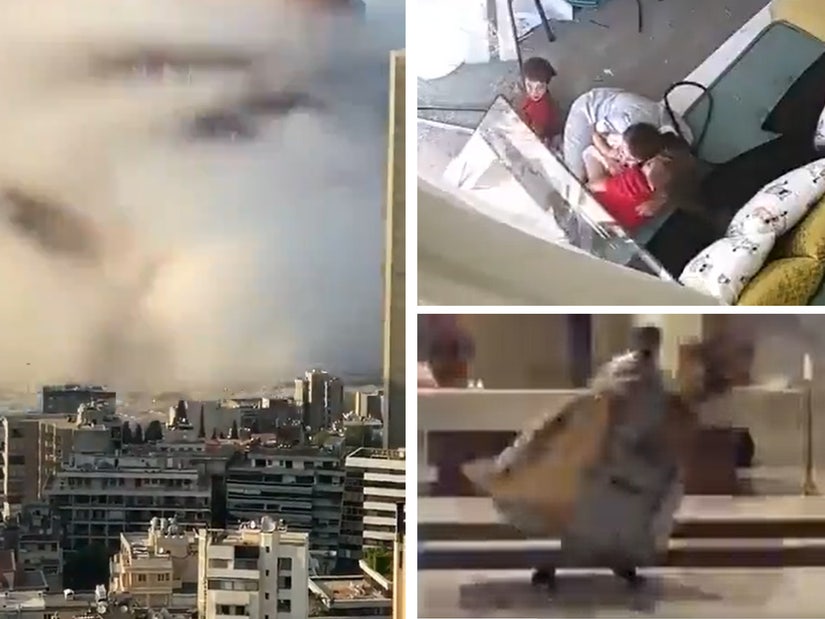 The world is still reeling from the explosion that leveled part of Beirut on Tuesday.

At least 113 people were killed and more than 4,000 injured when 2,750 tons of ammonium nitrate detonated — having been stored unsafely in a warehouse for six years — with the death toll expected to rise.

On Wednesday, horrifying videos began to emerge from around the Lebanese capital showing the moment of the blast, shot from the phones of people who barely survived it — and some that likely didn't.

After the warehouse initially caught fire, a smaller explosion at the port had cellphones trained on the billowing smoke, with fascinated onlookers oblivious to the fact an inadvertent bomb about a fifth the size of the atomic one dropped on Hiroshima was about to go off:

A closer view shows a woman filming the fire and first explosion from her balcony, before the unthinkable happens:

This video was filmed by someone standing right next to the warehouse; the phone somehow survived, but the fate of the person recording is unknown.

This bride was making a wedding video when the blast struck:

Shoppers going about their business, watching the fire in the distance, before the street is wiped out:

The explosion from #Beirut pic.twitter.com/K6vX0bhWAW

This motorist was filming the cloud while driving across a bridge miles away, before his car is smashed up by the explosion:

The blast blew his car apart!
Ya Allah rehm!#Beirut pic.twitter.com/gcjOt2EZlG

A priest carrying out a sermon flees for his life when the church around him collapses:

A nanny's instincts possibly saved this little girl's life as she grabs her and runs for cover as the windows of her nursery explode around her:

A Footage Captured of A Nanny Swiftly Saving Her Employer's Little Girl During The Explosion at Beirut, Lebanon#prayforbeirut #PrayForLebanon pic.twitter.com/d8Vu0duZVE

This mom was watching the fire through the window of her home with her three young children, never imagining they were in danger at that distance:

A BBC reporter even captured the moment of the explosion live during an interview:

Videos inside the hospitals revealed the pure chaos as emergency rooms were flooded with bloodied victims:

Footage of the hospital in beirut doctors trying to heal the injured... #Beirut pic.twitter.com/fYxMOOuKPa

One heartbreaking video from the aftermath showed an elderly lady playing piano in her ruined home:

Beautiful... An elderly Lebanese woman plays the piano amongst the ruins in her house.#Beirut will rise again 🇱🇧❤️#BeirutBlast #LebanonExplosion pic.twitter.com/nGXoYhkfXI