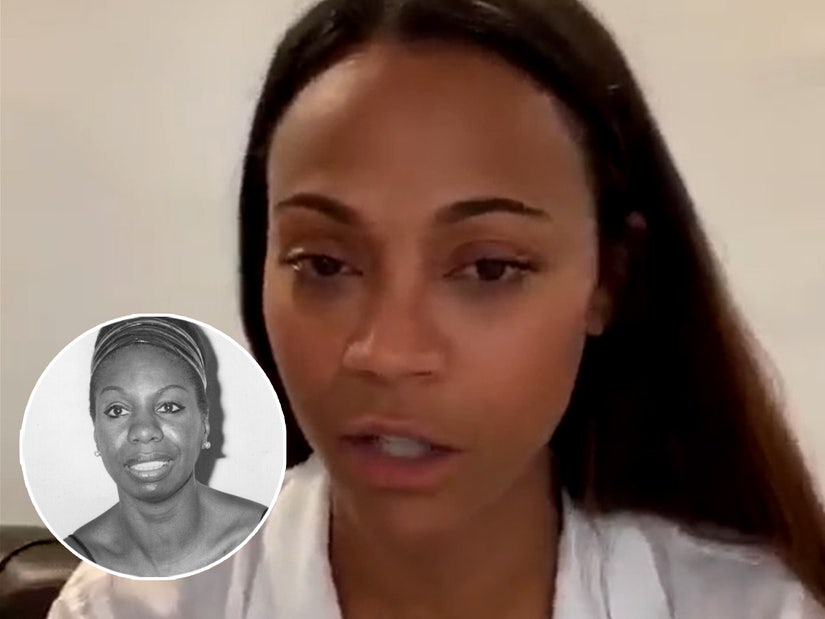 "I thought back then that I had the permission because I was a Black woman."

In an emotional interview with "Pose" creator Steven Canals via Bese, the actress broke down as she talked about her regret over taking the role of the legendary singer/songwriter and civil rights activist known as the High Priestess of Soul.

When the biopic came out, the 42-year-old star -- who is Afro-Latinx of Dominican, Haitian and Puerto Rican descent -- was criticized for darkening her skin and wearing a prosthetic nose for the role.

At the time, the official Twitter account for Simone's estate wrote, "Hopefully people begin to understand this is painful. Gut-wrenching, heartbreaking, nauseating, soul-crushing. It shall pass, but for now..."

During Wednesday's interview, Saldana confessed, "I thought back then that I had the permission because I was a Black woman. And I am. But it was Nina Simone. And Nina had a life and she had a journey that should be honored to the most specific detail, because she was a specifically detailed individual."

"She was so honest, she deserved better."

Before "Nina" was released, the "Guardians of The Galaxy" star defended playing the role in an interview with Allure, saying, "Whatever consequences this may bring about, my casting is nothing in comparison to the fact that this story must be told."

She also told Latina magazine, "If Elizabeth Taylor can be Cleopatra, I can be Nina -- I'm sorry. It doesn't matter how much backlash I will get for it. I will honor and respect my Black community because that's who I am."

But when she tweeted a famous quote from Simone during the same promotional period, Simone's estate fired back, tweeting, "Cool story but please take Nina's name out your mouth. For the rest of your life."

Saldana appears to agree with that sentiment now, as she told Canals, "She's one of our giants and someone else should step up. Somebody else should tell her story."

She added, "I just want her story to be told. She deserves it. America deserves it. I know better today. I'm learning."

In April 2003, Simone died from breast cancer in her home in France at the age of 70.