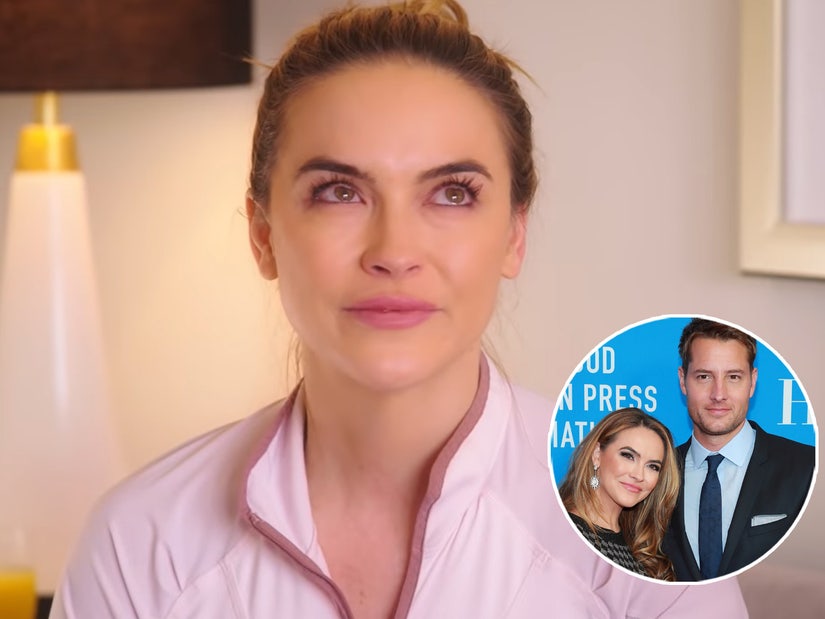 The divorce bombshell dropped midway through the season, which ended with Chrishell storming out of a costar's wedding when the subject kept coming up.

Justin Hartley didn't appear on Season 3 of "Selling Sunset," but his presence was everywhere -- as ex-wife Chrishell Stause reacted to news of their divorce in real time.

The show was already filming its just-dropped season when he filed, a move which apparently came as a big shock to Chrishell herself.

The marriage fell apart near the end of Episode 5, after Stause hosted a charity event for which Hartley donated some prizes for an auction. The next day, her coworkers at the Oppenheim Group were talking about the party, when Christine Quinn exclaimed she got an alert from TMZ that Hartley had filed for divorce.

Stause didn't react to the news until the sixth episode, titled, "One Text Changes Everything."

It began with Mary Fitzgerald visiting Chrishell at her hotel, after packing up a suitcase and leaving the home she shared with Hartley. She was in tears almost immediately.

"I'm trying to keep it together, but it's a lot at once because everyone in the whole world knows the same time I knew," she said. "We were totally fine that day [of the charity event]," she continued, before admitting in a confessional the two had a fight over the phone the morning of the party.

"I never saw him since, we didn't talk things through and before we had a chance to figure anything out, he'd filed," she explained. "I f--king want answers."

Stause claimed she found out about the filing via a text from Hartley and, "45 minutes later, the world knew." She said it was Justin's "go-to" to simply want to tap out after a fight, before saying there were "better ways to go about" the split. "I talked to him right after, I thought it must be a joke," she added, "but that was kind of the end of the communication."

In a confessional, she continued to explain how disappointed she was in the lack of communication from her ex.

"When I think of marriage ... you work on things with people if they're not perfect. No one is. You work on it. You talk about it," she said. "You, I just ... you don't go out looking for greener grass. sometimes you have to water the grass you already have and that's what marriage is. Sometimes it can be hard. I don't think it should be more hard than easy, at all. That's why I'm so confused, I didn't feel like that balance was off. I just feel stupid."

She later met up with Amanza Smith, where the emotions were still very raw. Speaking with Smith, Stause said she never had a Plan B and was still "madly in love" with Justin.

"I want to like hide under a rock until this all goes away," she added, before Smith asked whether Stause had a chance to speak with Hartley's daughter, Isabella, who he shares with ex-wife Lindsay Hartley. "I love her so much, I had to write a letter to her," she replied, before breaking down in tears.

"It makes me so mad, because this all could have been avoided if we'd done this privately. My mind is blown he would think this is the way to conduct himself," she continued. "At the end of the day, there can't be one person fighting for a relationship. You have to have two people and I think a lot of has changed in the six years we were together."

Stause said that when they got together, she started changing her plans to fit his. She then talked about how he found massive success thanks to "This Is Us" really taking off.

"It sucks because I feel like outer elements have reared their ugly head and inserted themselves into our relationship. These aren't normal things," she explained. "It's not normal to meet somebody and they become wildly famous ... I don't, at the end of the day, think those things matter. I can understand like, God forbid, your feelings obviously changed for me at some point. But I just feel like that's how you would treat the garbage that you throw out."

With all the media attention on the split, she asked her boss Jason Oppenheim for some time off, before she went to visit her sister in St. Louis.

"People that were in our wedding found out through TMZ. That's so disrespectful," she said to sister Shonda after touching down. "You couldn't have given me a heads up? I'll never, ever be able to comprehend how this is how someone would choose to handle something like this in the public eye."

"Like, you go to therapy and you talk about it, or you talk about it with family members and you have a plan in place," she continued, railing on how Hartley handled everything. "You don't just make a decision and then text someone. I can't even believe these words are coming out of my mouth! I'm still in shock. That doesn't even sound like real life, what I just said. That is insanity. Just a respect you owe that person that you spent so much time with, we were together for 6 years." 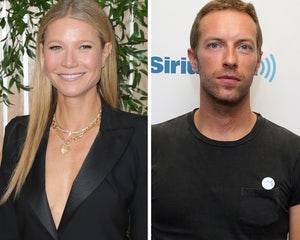 During a much-needed spa day, Chrishell said she didn't see any signs he would "file for divorce with no face-to-face conversation." Looking back, she said it became clear he had already made up his mind and didn't want to give her a chance to "be talked out of it."

"It was just me fighting for something that was a lost cause because he didn't even care enough to sit me down and tell me," she told her sister. "All that money and fame ... it shouldn't change how you treat people. I would have done anything for him."

While the focus of the finale shifted to Christine Quinn's upcoming wedding, the storyline was still very much centered around Stause.

First, Chrishell debated whether she would even attend, as she wasn't exactly in the mood to be surrounded by romance. "If I'm watching two people say their vows ... it'd be impossible not to think about," she said, referring to her own marriage and its demise.

She did wind up attending, with her costars constantly checking in with her to see if she was okay. She was, for the most part, but things took a turn for the worse when Heather Rae Young's interview with Us Magazine, in which she commented on the divorce, was brought up in front of everyone.

Heather swore the interview was supposed to be about her and now-fiance Tarek El Moussa moving in together, but the reporter asked one question about Chrishell, which became its own article. Stause, who noted reporters were "asking anyone that has ever known me for any kind of comment," understood.

As her costars said they should just show Chrishell support at this time, Davina Potratz really stirred the pot by saying she wasn't sure she could do that because they "don't know any details" about the divorce. Saying there are two sides to every story, Davina noted, "Justin has his own side."

As the conversation continued, Chrishell got up, said, "I don't want to do this anymore," took off her microphone and stormed out of the wedding.

The season ended with her alone in her new home, as she reflected on Potratz's comments in a final confessional. "Getting confronted by my co-workers is frustrating, but you know what? Maybe Davina is right," she said. "There are two sides to every story and maybe it's time that I start writing a new one."

All eight episodes of "Selling Sunset" Season 3 are streaming now on Netflix.