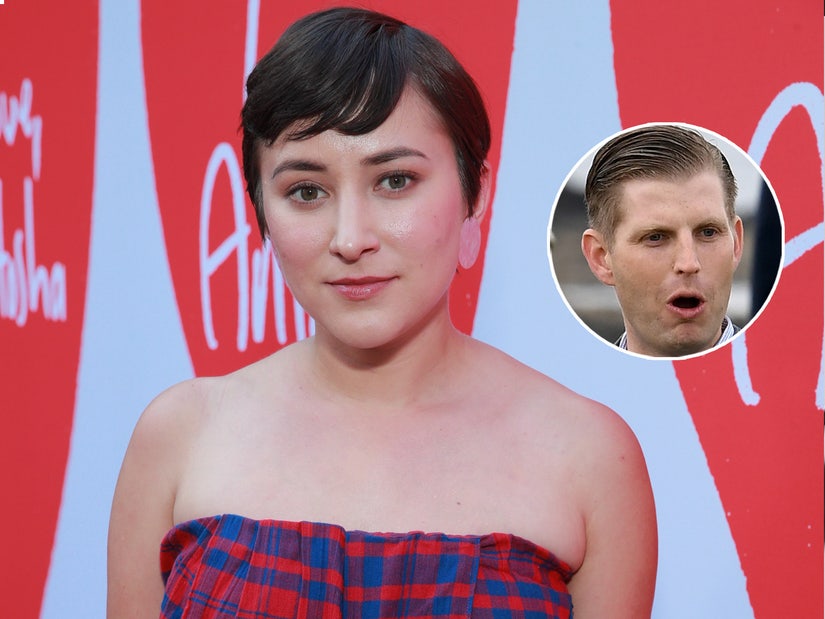 "Gentle reminder that the dead can't vote, but the living can."

Zelda Williams had a "savage" comeback for Eric Trump after he posted a video of her late father, Robin Williams, mocking presidential candidate Joe Biden.

It all began on Thursday when Eric, 36, tweeted a throwback clip that featured the late comedian throwing jabs at Biden and poking fun at the way he talks. Although the President's son didn't add any commentary alongside the video, the clip included a text overly that read, "Robin Williams Just Savages Joe Biden."

And Zelda wasn't having it. 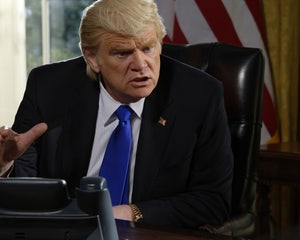 On Friday night, the 30-year-old actress took to Twitter to slam Eric, pointing out that her dad had said "much more 'savage'" remarks about his dad, President Donald Trump.

"While we're 'reminiscing' (to further your political agenda), you should look up what he said about your Dad. I did," Zelda wrote, alongside Eric's post. "Promise you, it's much more 'savage.'"

"Gentle reminder that the dead can't vote, but the living can," she continued, adding a heart emoji.

Although Zelda didn't offer any more details regarding her late father's comments about Trump, fans on Twitter were quick to find a comedy bit in which Robin absolutely ripped the President. While it's not confirmed it's the joke Zelda was referring to, it definitely seems very "savage."

While we’re ‘reminiscing’ (to further your political agenda), you should look up what he said about your Dad. I did. Promise you, it’s much more ‘savage’.

Gentle reminder that the dead can’t vote, but the living can ♥️ https://t.co/CXDTovG5yo

In the 2012 clip, the comedian recalled a trip to Atlantic City, which he referred to as "The Wizard of Oz on acid."

"Donald Trump is the Wizard of Oz. He is the guy. This man, he plays Monopoly with real f--king buildings," Robin began in the stand-up video. "This is a scary man and he owns all of these beauty pageants... Isn't that like Michael Vick owning a series of pet stores?"

"It's a f--king catch and release program for him," he continued. "This is a man who said, 'My daughter is hot.' Even people in Arkansas went, 'That's f--king wrong. That's just way out of place.'"

"And that f--king hair, my god. I believe the hair is the Donald. I believe the body is a maintenance system for the hair," he added, before performing a short bit of Trump taking off his hair.

Zelda's tweet came just a couple of weeks after she honored Robin on what would have been his 69th birthday. The writer revealed on Twitter that she donated $69.69 to homeless shelters in honor of her famous dad's milestone.

In her spree of tweets, she shared screenshot receipts from all of her donations, which included funds to both Los Angeles and San Francisco–based LGBTQ centers, Midnight Mission, Union Rescue Mission and

In August 2014, Robin Williams died by suicide at the age of 63. He suffered from Lewy Body Dementia, which is a type of brain disease that affected his thinking, memory and movement control.